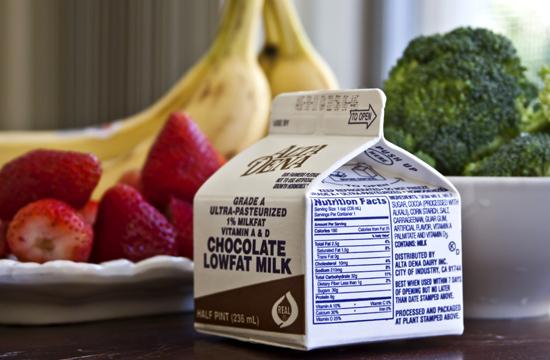 After a lengthy discussion Wednesday night, the Santa Monica-Malibu Unified School District’s (SMMUSD) Board of Education voted 5-2 to reject a proposal to ban flavored milk from being served with meals in the district for the coming 2011/2012 school year.

A group of parents called SMMUSD Healthy Bodies Healthy Minds have been lobbying the board to ban flavored milk since the June 16 meeting.

The group is concerned sugar in flavored milk is too unhealthy for children. Although they circulated a petition and collected 1,000 signatures from residents of Santa Monica and Malibu, it was not enough to convince the board to support the ban.

William McCarthy, a former chair of the district advisory committee on health and safety and a nutrition researcher at the UCLA School of Public Health spoke in front of the board last night.

“I favor dropping chocolate milk … in order to help our children comply with national recommendations for limiting sugar consumption and to help them stay fit and optimally prepared to learn,” McCarthy said. “If our children drink the three recommended dairy servings in the form of chocolate milk exclusively, the resulting 24 grams of added liquid sugar a day exceeds by 30 percent the amount the Heart Association considers defensible for the whole day.”

However, there were also parents who spoke in favor of retaining flavored milk. “There are no studies that link flavored milk to obesity or diabetes,” noted SMMUSD parent and nurse Laurie Crane. “Flavored milk offers students the benefits of milk especially for those on free and reduced lunch.”

During the discussion of the issue by the board on July 20, the district’s Nutrition Specialist, Dona Richwine, explained milk was a nutrient dense food because it contains Vitamins A and D, Phosphorus, Calcium, Potassium, and Riboflavin. “When you remove milk [from someone’s diet] you remove nutrients that are not that easily replaced.” Richwine also emphasized that when a two-year study in seven schools districts reviewed the effect of removing flavored milk from 58 schools actual consumption of milk dropped by 35 percent.

Board President Jose Escarce, who is also a physician, noted the issue had a strong research component, which stated “flavored milk should be offered to enhance milk consumption by students.”

Therefore, he said a decision must be made based on the evidence available in 2011 rather than emotional, ideological or political issues. He said he was also “not willing to take the risk of unintended consequences.”

His position agreed with the district staff recommendation and was backed by the board majority. Their approved motion also included the ability for parents to opt-out of allowing their children to have flavored milk, having a strong educational campaign to encourage students to drink non-flavored milk, and to have district staff conduct a comprehensive study of all food and beverages available in the district to identify items of minimal nutritional value.