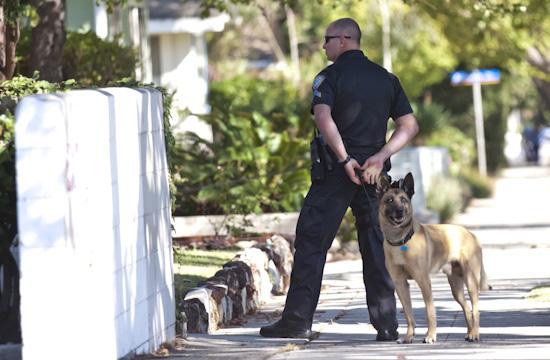 A man made his way through the Santa Monica Rite-Aid Pharmacy at 1808 Wilshire on Tuesday afternoon and tried to steal liquor in a strong-arm robbery attempt.

According to a statement released by Sgt. Richard Lewis of the Santa Monica Police Department (SMPD), the man brought his own bag into the store and put multiple bottles into the bag and made his way out. A female Loss Prevention officer stopped the man and asked if he had taken anything. The man denied, but the officer checked the bag.

Upon finding the liquor bottles, a struggle ensued between the man and the officer. An employee reached for the bottle as well before pulling it out of the man’s grasp. The man pushed the Loss Prevention officer and took off running.

The officer and the employee chased the man while 911 was dialed. At the 1200 block of 19th Street, the two lost sight of the man.

Officers responded and set up a perimeter.

The act has been labeled a felony, according to Sgt. Lewis who said officers would arrest the man when the finally catch up with him.

“We know where he lives and where he hangs out,” Lewis said. “He’s known to law enforcement, and officers will continue their investigation and try to locate him.”

Lewis said the man has distinguishable features and has had encounters with law enforcement in the past.