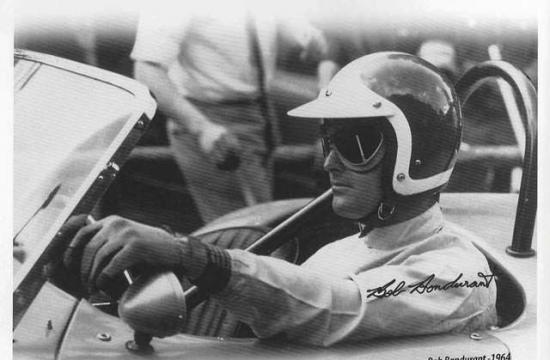 The show will award 1st and 2nd place trophies in more than 20 classes along with a Best of Show.

This year’s special guests will be automotive legend Bob Bondurant as well as author, photographer, and actor Tim Considine.

Bondurant’s resume is long and storied, but he’s best known in Shelby-circles for his accomplishments behind the wheel of Shelby’s Cobras and Daytona Coupes.

His first victory in a Cobra was in 1963 in the LA Times Grand Prix at Riverside Raceway in #CSX 2137.

The following year he teamed up with Dan Gurney to win the GT class at the 24 Hours of Le Mans, driving Daytona Coupe #CSX 2299.

Then in 1965, Bondurant and co-driver Jo Schlesser captured the FIA Manufacturers’ World Championship on July 4th for Shelby American and Ford in Daytona Coupe #CSX 2601.

In 1968, Bondurant opened his School of High Performance Driving, which of course is still going strong today.

Considine’s most famous acting roles were in the 1955–1957 Disney TV serials Spin and Marty (he played Spin) and The Hardy Boys (he played older brother Frank opposite Tommy Kirk as Joe).

He is also an automobile historian, photographer, and writer who specializes in motor sports. He is the author of The Photographic Dictionary of Soccer (1979), The Language of Sport (1982), and American Grand Prix Racing: A Century of Drivers and Cars (1997).