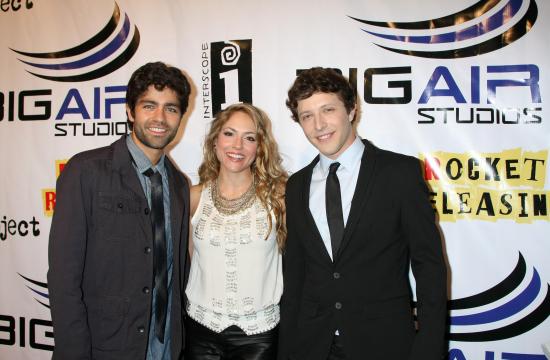 The event featured some big names in the industry film studio including executives from Sony Pictures, 20th Century Fox and Big Air Studios; executives from some of the most high-profile technology brands including iTunes/Apple, Microsoft, Amazon, Google, and Verizon; and celebrity tastemakers.

Grenier shed his Entourage persona to reach out to children for Suicide Prevention Week, believing in the film’s power to save lives.

“Archie’s Final Project” is the first film to begin the conversation of Teen Suicide and addresses the issue in a way that both teens and their parents will want to watch.

With the help of celebrities such as Grenier, Michael Welch, and Shane Dawson, more than 16,000 fans have invaded the film’s Facebook page demanding the film through Eventful-DEMAND It, eager to begin the conversation and prevent teen suicide.

In appreciation of these loyal and passionate fans, 10 lucky contest winners were chosen to join the stars at last Thursday’s red carpet.

To watch a trailer of the film, click here.