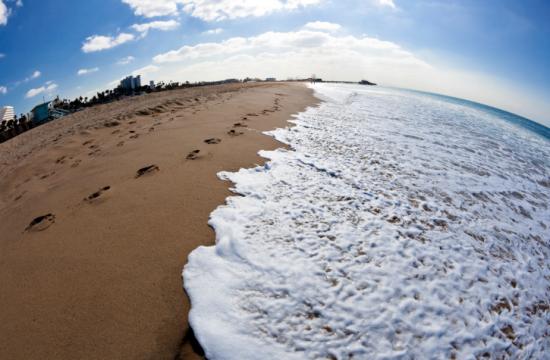 According to the report, California beachgoers enjoyed a fifth consecutive summer of excellent water quality, based on the survey where Heal the Bay assigns an A-to-F letter grade to 447 beaches along the state’s coast line.

The gradings are based on levels of bacterial pollution reported from Memorial Day through Labor Day.

This summer, 92 percent of sites received A or B grades statewide, the same total as in last year’s report.

Los Angeles County, which consistently has the worst water quality in the state, showed marked improvement this summer.

Some 85 percent of beaches received A or B grades, up from last year’s 79 percent, thanks in large part to historically troubled Long Beach scoring its best summer water quality grades to date.

Avalon frequently heads Heal the Bay’s “Beach Bummer” list, which ranks the 10 most polluted beaches annually throughout California. Unfortunately, this trend continued this summer, with all five Avalon monitoring locations scoring either D or F grades. Despite the poor marks, Heal the Bay commends the city for finally addressing its long-standing ocean pollution issues.

The Beach Report Card is based on the routine monitoring of beaches by local health agencies and dischargers. Water samples are analyzed for bacteria that indicate pollution from numerous sources, including fecal waste. Heal the Bay analyzes the data and assigns easy-to-understand grades to each beach. The better the grade a beach receives, the lower the risk of serious gastro-intestinal and respiratory illness to ocean users.

“We continue to see water quality improvements at California beaches,” said Mark Gold, president of Heal the Bay. “A sustainable source of beach monitoring funding is critical to ensure that we continue to capitalize on these gains and safeguard the public health of millions of ocean users statewide.”

Ongoing state funding for routine water quality testing along California beaches had been cut in 2008 from the California Department of Public Health due to the statewide budget crisis. Nearly $1 million in annual patchwork funding from the State Water Resources Control Board has now been exhausted.

Fortunately, the California Assembly and Senate have approved SB 482, a bill introduced by Sen. Christine Kehoe that would funnel permit fees collected by the State Water Board to fund beach water quality monitoring on a consistent basis. The bill is now awaiting the Governor’s signature.

Back in Los Angeles County, 100 percent of sites monitored in Long Beach received A or B grades this summer, an impressive improvement over last year (73 percent A or B grades). Long Beach, which is heavily impacted by upstream pollution flowing down the Los Angeles River, has shown determination to improving beach water quality. It has conducted numerous source tracking studies and implemented several successful mitigation projects, most notably at the heavily impaired Colorado Lagoon.

On the downside, poor water quality persists at Cabrillo Beach in San Pedro. The harborside beach near the restrooms has earned F grades the past eight summers. The city of Los Angeles has completed several improvement projects totaling $15 million without much luck.

San Diego and Ventura counties once again rose to the head of the water quality class and exhibited uniformly excellent marks. All of San Diego’s 73 monitored beaches earned an A or B grade (72 A’s and one B). In Ventura, All 40 monitoring locations received A grades.

Water quality at beaches in Santa Barbara County was fairly good this summer, with 87 percent of monitored beaches scoring an A or B grade. Gaviota Beach (C) and Arroyo Burro (F) were the only locations that did not earn an A or B grade.

In Central and Northern California, water quality was generally speaking very good this past summer.

In San Luis Obispo County, 95 percent of beaches received A or B grades, the same as last year. An F grade at the Pismo Beach Pier is the county’s lone trouble spot. Despite numerous studies and abatement efforts, pollution lingers at the tourist destination.

Monterey County can take pride in improved summer ocean water quality, with 88 percent of beaches notching an A or B grade, up from last year’s 75 percent. Stillwater Cove earned the county’s lowest grade, a C.

Santa Cruz County, famed for its surf breaks, also showed improvement this summer. Some 77 percent of its beaches received A or B grades, compared to last year’s 71 percent. However, poor water quality at Cowell Beach persists, with two out of three monitoring locations earning failing marks. County officials believe decaying kelp on the beach to be the major source of bacteria, but urban runoff may also play a role.

In the San Francisco Bay area: 82 percent of San Mateo beaches earned A or B grades, down from last year’s 90 percent; Alameda County and Marin counties showed 100 percent A and B grades for the fifth year in a row; San Francisco County improved to 93 percent A and B grades, led by very marked improvement at historically troubled Baker Beach at Lobos Creek. Keller Beach locations in Contra Costa earned two C grades and one B grade.

Sonoma County showed superb water quality, with its seven monitored locations earning A+ grades, while all five beaches graded in Mendocino getting A+ marks. Grades in Humboldt dipped compared to previous summers, with only 40 percent of beaches earning A grades. Trinidad State Beach, Clam County Beach Park and Luffenholtz Beach park scored either C or D grades in Humboldt.