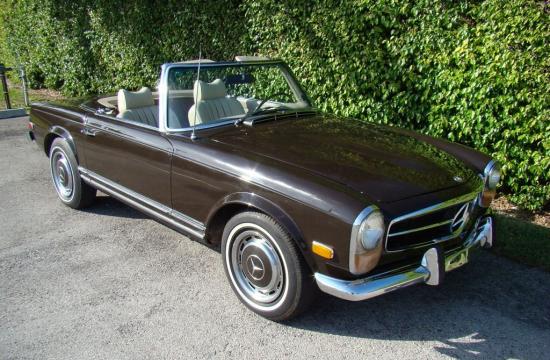 Santa Monica detectives are investigating the theft of John Travolta’s two-door brown 1970 Mercedes-Benz 280SL that was stolen on the 1400 block of Berkeley on Sunday afternoon.

Santa Monica Police Department Sgt. Richard Lewis told The Mirror that officers responded to the location at about 3:46 p.m., near the Jaguar dealership, on report of a vehicle that had just been stolen.

“They got there and contacted the registered owner and reporting party John Travolta who called to say he had parked it for approximately 10 minutes, returned to where he parked his vehicle and found it missing,” Sgt. Lewis said.

He said the investigation was continuing. There are no suspects at this time.