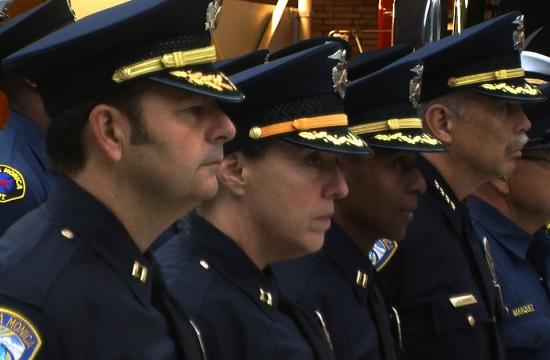 The Los Angeles Fire Department and Santa Monica Fire and Police Departments took time over the weekend to remember the fallen victims of the attacks in New York City on Sept. 11, 2001.

Ten years later, the phrase “We will never forget” remains.

On Saturday, firefighters from various stations in Los Angeles gathered for their annual Firemen’s Handball Tournament, a tribute to the firemen lost in New York that day.

On Sunday, the fire stations of Santa Monica lowered their American flags to half-mast on the 10th anniversary.