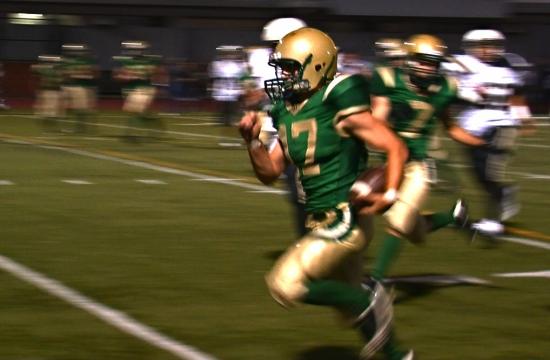 The St. Monica Mariners scored 29 second half points to put away the Animo Leadership Aztec Eagles 43-14 on Saturday night at Corsair Field.

Animo’s Justice Akanaywa was the lone bright spot. He scored twice on two Mariner defensive breakdowns and helped the Aztec Eagles get to within two points early in the third quarter.

But Martinez followed with two of his three touchdowns to put the game out of reach.

St. Monica will play at South Hills on Friday.