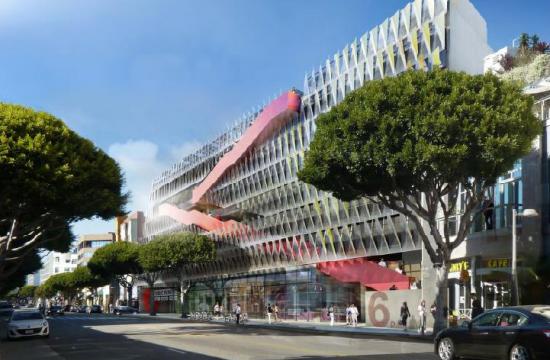 About $43 million was allocated in a unanimous 7-0 vote by the Santa Monica City Council at its Tuesday meeting for the demolition and rebuilding of Parking Structure 6.

This figure is part of the negotiation and execution of a Guaranteed Maximum Price amendment to a design-build contract with California-based Morley Construction Company.

“I think we have made the right decision to concentrate parking on this site,” Council member Kevin McKeown said.

“The old structure doesn’t fit as many spaces. We’re not only going down (in the new structure), we’re going up. It’s going to be very efficient in the use of scarce downtown space.”

While McKeown did acknowledge that building Parking Structure 6 in the magnitude planned is far from inexpensive, he noted the new monolithic facility would ultimately pay for itself.

According to the staff report prepared by Karen Domerchie, a project manager with Capital Improvements, Parking Structure 6 will “consist of three subterranean levels and eight above ground parking levels.”

Highlights of the rebuilt parking structure at 1431 Second Street include: about 750 total parking spaces (compared to about 350 in the current parking structure); 28 total spaces dedicated to ADA vehicles; an estimated 7,000 square feet of retail space; 30 electrical vehicle charging stations; bicycle racks accommodating up to 90 bicycles and, solar panels on the roofs.

The GMP for the construction services contract with Morley Construction Company is officially $39,276,453 with an eight percent contingency, making the contract total $43,156,803.

“This project will be financed using a combination of available funds from the Parking Authority and the Special Revenue Fund, as well as through a debt financing planned for this fall,” Domerchie said. “Currently, there is $3.6 million available in the Parking Authority fund and $7.5 million in in-lieu parking fees, which will be sufficient to pay for any construction costs between now and when the financing is complete.”

Construction of Parking Structure 6 is anticipated to begin in the spring of 2012.

The structure is expected to be operational by the end of 2013.