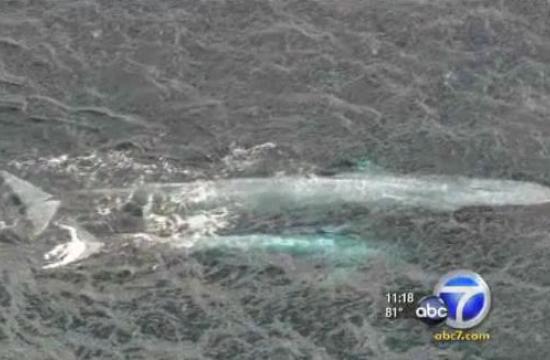 A pod of blue whales was spotted this morning in the Santa Monica Bay, about one mile off the King Harbor entrance at Redondo Beach, according to ABC7.

Its helicopter aired footage of the whales. Among the pod was a mother, between 80 and 100 feet long, and her offspring.

It’s estimated that 2000 blue whales, out of a total world population of 10,000, feed off of the California coast.

Blue whales can grow up to 108 feet in length and weigh 180 metric tons or more.

Their diet consists mainly of Krill (tiny, shrimp-like crustaceans), and experts believe blue whales frequent the Santa Monica Bay at this time of the year because there is a large amount of Krill.