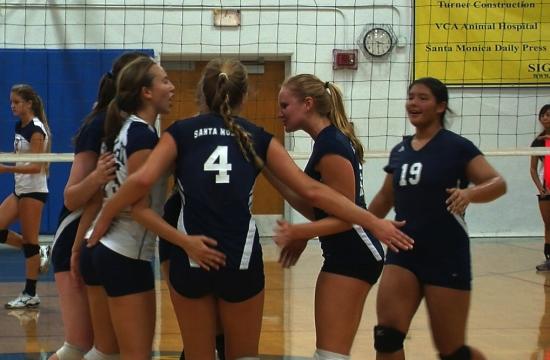 At 24-23, the SaMoHi Viking volleyball team had put themselves against a wall in the second set of their match on Tuesday. Kills that didn’t land in bounds and double-hits and hits into the net had put them in this position.

The El Segundo Eagles only needed one more point.

But they couldn’t get it.

Avalon Lennon flipped a set over the net to an unsuspecting Eagle and the set was tied 24-24.

Two Eagle unforced errors later and the second set was over. SaMoHi was up two sets to none.

The Vikings will play Culver City on Oct. 5.