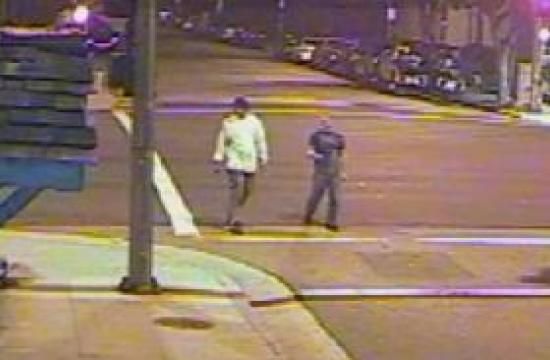 Santa Monica police are urging anyone with information about an assault on the 3100 block of Santa Monica Boulevard in the early morning hours of Thursday to contact the police department or make an anonymous tip.

Police are trying to identify and locate two suspects who are believed to be involved in an assault that resulted in great bodily injury.

At about 2:20 a.m. on Thursday, Sept. 22, Santa Monica police responded to the 3100 block of Santa Monica Boulevard regarding an assault that had just occurred.

The victim was approached by two suspects who, without provocation, brutally beat the victim about the face and head by unknown means.

The victim sustained major injuries to his head, face and neck. He was transported to a local hospital where he is currently in critical condition.

The suspects are described as follows:

The suspects fled westbound on Santa Monica Boulevard to Northbound Berkeley and out of sight.

If you wish to remain anonymous, you can call WE Tip at 1-800-78-CRIME (1-800-78-27643), or submit the tip online at www.wetip.com. You will remain completely anonymous and may be eligible for a reward, up to $1,000.00 if your information leads to an arrest and conviction, or anonymous tipsters can contact Crime Stoppers by either calling (800) 222-TIPS (8477) or by visiting their website at www.lacrimestoppers.org.

To text an anonymous tip to crime stoppers; please view their webpage for detailed instructions.