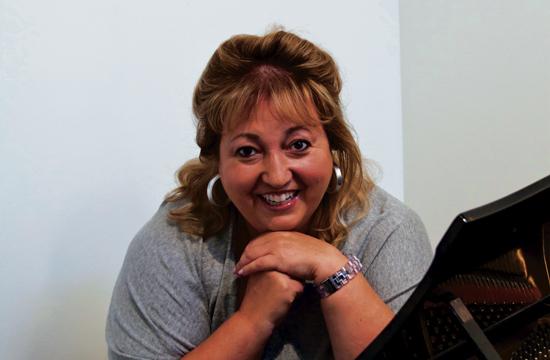 Santa Monica resident Michelle Danner is an acting coach, director, and the artistic director of Edgemar Center for the Arts, the thriving two-theatre and art gallery complex in Frank Gehry’s architectural landmark building in Santa Monica. She recently completed directing principal photography on her second feature film, “Hello Herman” by John Buffalo Mailer, which originated as a play.

During the first reading of “Hello Herman” three years ago before she staged it at Edgemar last spring, she knew almost straight away she would one day adapt it into a film that she could direct.

“I got an email from one of my students who told me when I did the first reading of it, my eyes lit up,” Danner says. “So I guess I made the decision way back then that I wanted to make this into a movie.”

And that’s exactly what she has done, but not without a few hurdles along the way.

When the play was staged at Edgemar, film industry greats Steve Spielberg, Oliver Stone, Paul Haggis, and others were so moved by the material that it confirmed Danner’s gut feeling to turn it into a film.

“Hello Herman” tells a story of a teenager who, out of confusion and rage, carries out a high school shooting that mirrors the tragedy of Columbine.

“I think sadly enough that history has proven that such a topical, relevant social matter is happening, which is especially in our schools with youth violence,” she says. “I know this is a provocative subject matter with a very strong message.”

She says moviemaking is one of the biggest classrooms as movies reach so many people around the world.

Earlier this year on Jan. 10, she said she had the financing with a company and a big star to play the lead role, but both fell through.

Despite these simultaneous blows, she said she felt “the click” that day and her determination to push through became stronger than ever.

“A few weeks later I went into pre-production and we ended up shooting 19 days of principal photography on Mar. 15,” she said. “It happened pretty quickly from that little click.”

The 90-minute film has been edited, and she is working on the score as she prepares to set up meetings to have the film distributed (a trailer of the film is available at www.allinfilms.com).

“Hello Herman” is the second film Danner has directed. The first one, six years ago, was called “How to Go Out on a Date in Queens” and starred Jason Alexander, Rob Estes, Esai Morales, Kimberly Williams-Paisley, and Alison Eastwood among others. ABC bought the film and it aired as a movie of the week on Memorial Day weekend in 2008. Like “Hello Herman”, it also originated on Edgemar’s stages as part of the theater’s program “From Theater to Film.”

She said her second time directing was much easier.

“I really had a vision and I was really clear of what the message was,” says Danner. “I think it helps when you have a strong motivator that drives you. I was really motivated by wanting to tell the story.”

In the meantime, while the film undergoes its final touches, she is currently co-directing “Jane Fonda in the Court of Public Opinion” starring Anne Archer, which opens Oct. 8 at Edgemar.

“It’s a limited engagement, and I think it’s going to be really interesting because it’s about the whole controversy of Jane Fonda’s actions during the Vietnam War,” says Danner. “Anne Archer is really incredible and I’m really happy to be involved to tell that story.”

She is also currently working on two books about acting and creativity and her film company, All in Films, whic has several pictures in development.

The Edgemar complex is located at 2437 Main Street, Santa Monica.