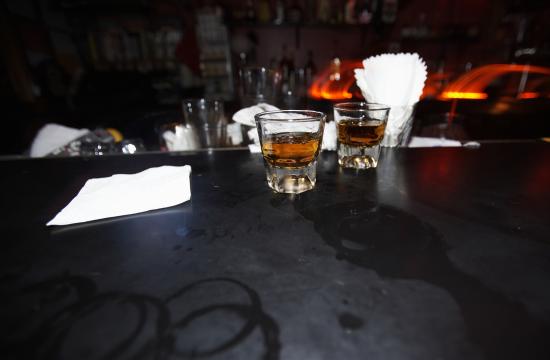 Drugs on school campuses and official policy is perhaps a debate that will never end, but the Santa Monica-Malibu Unified School District (SMMUSD) earlier this month took another stab to update its stance on the issue.

The extended discussion at its Sept. 8 board meeting spawned from three 18-year-old SaMoHi seniors who were caught drinking alcohol in a bar during a school-sanctioned choir trip to Cambridge, England.

While they were technically of legal drinking age in England, the three girls were disciplined in accordance with school rules.

Accordingly, school board members went back-and-forth on how best to update the district’s substance abuse policy and what disciplinary actions to take when dealing with students who are caught drinking alcohol or doing drugs on campus.

“It’s not about experimenting at home. It’s not about going to a party and trying stuff. It’s about (a student) bringing a substance to school, or (the student is) using it at school,” said Director of Student Services Marolynn Freeman.

Ultimately, the issue is how to best balance strict discipline and compassionate enforcement of whatever policies are on the books, both current and planned.

Board members discussed setting an example and sending a message to students without being bogged by rigid policy measures that either do too much or too little in shoring up substance abuse.

“Students know who has drugs on campus. When they show up on campus the next day to go to in-school suspension, it doesn’t feel as serious as an offense,” Superintendent Sandra Lyon said.

However, Board member Laurie Lieberman cautioned against having a uniform substance abuse policy.

“Part of the problem with this is we are trying to have a one-size-fits-all policy, and it doesn’t always work that way,” Lieberman said. “Kids who are at risk, it doesn’t matter what it is they want. It seems to me we are putting them further at risk if we are taking them outside of the classroom.”

Meanwhile, Vice President Ben Allen hoped administrators could have some more leeway in disciplinary discretion and said the policy definitely needed some more tightening before it comes back to the board as an action item.

Freeman tried to put some perspective on the entire situation, stating it is up to adults to be responsible and do what is right.

“When (the students) know that we know (of substance abuse on campus), and we’re not doing something to make this school safe for them, they don’t trust adults,” she said. “They expect that adults are going to do the right thing. They know that having drugs or other substances on campus is not good.”

Just the same, Board member Oscar de la Torre said educating students of the ills of drugs and substance abuse could go a long way.

“The number one thing would be awareness, having the knowledge of what these things would do to you,” he said.

Board members also debated the difference between how to deal with a student who willingly seeks help versus catching a student violating the substance abuse policies red- handed.

Throughout the discussion, the board hashed out a few key policy revisions.

For example, instead of having to complete 40 hours of community service under the old district policy, students would now only be required to serve 24 hours.

Additionally, a student violator of the substance abuse policy would still have to complete 24 hours of counseling, though the parents or guardians must jointly attend 12 of the session hours.

Students may continue to participate in co-curricular activities, such as sports or arts events, during the imposed 10-week academic probation, but they must demonstrate progress in community service and counseling. However, student violators are still prevented from participating in extracurricular activities.

Certain school events, such as graduation, are no longer barred to punished students, as long as they demonstrate progress in fulfilling certain terms of their punishment.

A five-day suspension would be imposed for those students who are caught selling drugs, and the school would have to report him or her to the police. Expulsion would also be a strong possibility unless the school principal believed otherwise.

There are still a few issues remaining to be clarified before the board takes action on a substance abuse policy. When the policy returns to the board as an action item, it will likely address a potential in-school suspension program as well as how co-curricular events will be affected by a suspension.

On June 30, the board’s suspension was lifted and the affected substance abuse policy came back into effect.