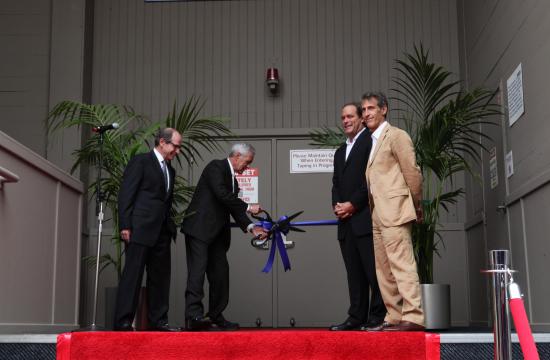 The “Jeopardy!” Hall of Fame is the newest addition to the Sony Pictures Studios Tour following a ribbon cutting ceremony at the “Jeopardy!” stage held today.

More than 90 million Americans have never known a world without “Jeopardy!”, its iconic host and memorable “think” music.

The collection includes items from some of the show’s most historic television moments since its 1984 syndicated debut.

“Jeopardy!”, which had its season debut on Monday night, taped five new episodes shortly after this morning’s ceremony.

Keep Up-to-date With The Mirror: