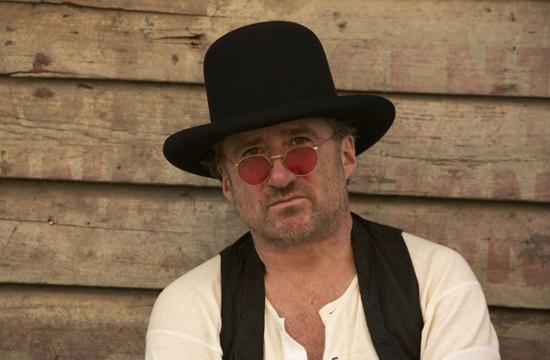 Bring your Mardi Gras beads, ball masques, and bebop for an all night long bona fide funk music program from Louisiana for the tenth and final installment of the Twilight Dance Series at Santa Monica Pier this Thursday, Sept. 8.

Headlining the event is Jon Cleary’s Philthy Phew who hail straight from New Orleans. They play “a style New Orleans is famous for,” and are set to party after the nouveau swing style of the Donald Harrison Electric Band.

The Donald Harrison Electric band mixes together hip-hop, rap, and classical jazz, bringing together a new concept of Cajun jazz. Harrison can play a plethora of instruments on stage including the saxophone and does most of the arrangements for his band. Harrison has worked with talented artists such as Spike Lee, the notorious BIG, and Eddie Palmieri. Harrison will also perform at the 54th Monterey Jazz Festival the following week.

There are only two bands playing on the final night as Wanda Rouzan had to cancel, but it gives the other two bands the opportunity to play extra long sets.

“It sounds like a lovely place to play,” said Cleary about his chance to be in the spotlight on the main stage on the Santa Monica Pier. “I’m looking forward to it.”

Cleary’s trio consists of Matt Perrine on bass and Doug Belote on drums.

“We are a trio of sympathetic musicians who create space for the others (in the band) to do their thing,” said Cleary. “Sometimes there’s a bigger sound with a smaller number of people.”

Cleary has won multiple awards from Offbeat Magazine including Best Funk Album (2000), Best R&B/Funk/Soul Record Album of the Year and Band of the Year (2003), and Best Piano Player (2004).

A memorable moment in his career came when the song “Got to Be More Careful” off the album “Pin Your Spin” played on prime time television during an episode of the medical drama “House.” Hugh Laurie, who plays a misanthropic medical genius on the show, had a hand in Cleary’s song being included in the episode.

“Hugh Laurie is a big fan of mine and he pushed for the song to be on ‘House’,” said Cleary. “It’s a huge compliment.”

Cleary admits it’s difficult to categorize his music but realizes the roots of his music having origins in a variety of styles.

“Our sound is rooted in a tradition that is over 100 years old but our sound is new and something substantial,” said Cleary. “What makes us different is that there is a lot of New Orleans styled piano. It’s got elements of funk, soul, gospel, and even a Spanish tinge which is an essential element of New Orleans music.”

His new and soon to be released record is called “Let’s Get Low Down.”

Cleary is planning to play a few tunes off his yet unreleased record but usually doesn’t decide what he is going to play until “ten minutes before the show.”

Jon Cleary’s Philthy Phew will be “touring with Toussaint” and will soon be performing at the Sydney Opera House in Australia as well as performing at other venues in the land down under during the band’s month long tour abroad after the Twilight Dance Series.

The two New Orleans styled bands playing Thursday night will be representing the theme of week ten, “A Night in Treme,” and is a free for all ages event set to rock the main stage of the Santa Monica Pier from 7 to 10 p.m.