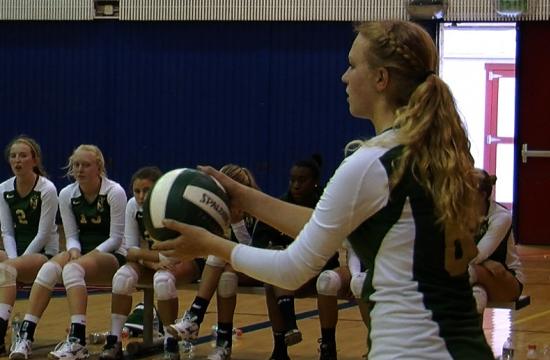 A team that has 20 service errors will always struggle to win a volleyball match.

This was the case for the Lighthouse Christian Saints, whose inconsistency in both serving and hitting led to their 3-1 loss against the cross-town St. Monica Mariners on Thursday.

St. Monica took the first two games but had struggles of their own to close out game three. Lighthouse Christian capitalized and cut the lead to two games to one.

But game four had the most excitement. The Mariners had a head start to the 20s only to see their lead slip by missing three match points and allowing Lighthouse to tie the game 25-25.

The Saints’ attempt to return a kill went out-of-bounds as did their chance to tie when Kaitlin Levelle’s kill attempt sailed long, and St. Monica claimed the exciting 3-1 victory to hand the Saints their first loss of the season.