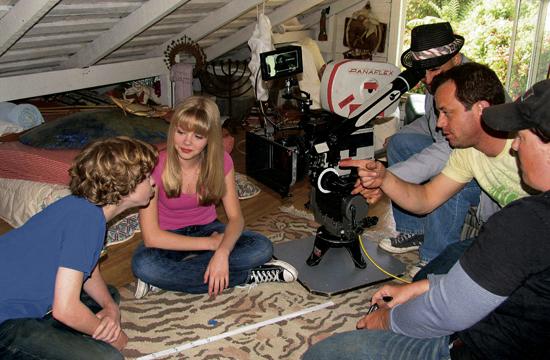 A film about contestants of a beauty pageant giving their own perspectives on what changes they would like to see in the world will be opening the 12th Annual Malibu Film Festival at the Malibu Cinemas on Oct. 6.

Featuring 22 films in two evenings, the Malibu Film Festival officially kicks off at 6:30 p.m. this Thursday with a red carpet event, followed by a screening of “Miss South Pacific: Beauty and the Sea” at 7 p.m.

Santa Monica resident David M. Katz founded the cinematic event in the late 1990s. He said the opening night film set a very positive tone for the rest of the festival that runs through Oct. 8.

“The opening night film has a very strong message. While you are watching a beauty pageant, … there is a message on how to save the world,” said Katz, adding actor Pierce Brosnan’s wife, Keely, was a big advocate of the film.

Coincidentally, the Brosnans are among the celebrity sponsors of the festival’s opening night festivities, which also includes a screening of Katz’s film “Kissing Strangers” and a networking reception afterwards at the Malibu Lumber Yard.

Katz said the festival would be showing “independent but very industry-based films,” adding that most ticket-buyers were hail from Westside communities such as Santa Monica, Pacific Palisades, Brentwood, and Venice.

He also said there is a sizable contingency of students attending from Pepperdine University.

“We selected very few films, but it’s the best of the best,” said Katz, who has worked on films such as “In the Line of Fire” and “Honey I Blew Up the Kid.”

“As If I Am Not There” and “The Pipe” are recipients of the Special Jury Award, while “Vaud and the Villians” will be featured in a special screening.

Katz’s film “Kissing Strangers,” a production he wrote, directed, and produced, will also be featured in a special screening as it makes its Malibu debut at the festival. He added the film, which was shot entirely in Santa Monica, is benefiting the Epilepsy Foundation of America.

He described his own film as a young, hip comedy geared toward young adults and working professionals between 18 and 35 years old.

Landing a few roles as a child actor, Katz has been in the entertainment industry virtually his entire life. Born in West Germany in 1969, Katz would join the Directors Guild of America in 1989 before founding the Malibu International Film Festival in 1997.

Two years later, the festival’s first films were screened, and Katz has fostered the annual cinematic event for 12 years now. He views the Malibu Film Festival as a networking venture.

“I’m trying to create a film festival that is fun and effective to go to,” Katz told the Mirror. “People like good films and good parties, and we try to bring both together in one place. This is one event that a good time can be had by all. One can meet great people and watch great films.”

After the two films featured on Opening Night, the festival will remain dark on Oct. 7 in honor of Yom Kippur and will resume after sunset on Oct. 8. There will also be an awards presentation followed by a closing night party at the Lumber Yard.