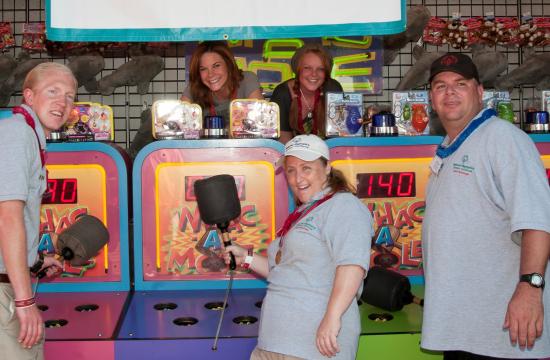 Celebrate with Special Olympics Southern California at the annual Pier del Sol fundraiser this Sunday, Oct. 9 at 10 a.m. on the Santa Monica Pier at Pacific Park.

People will also enjoy arts and crafts; karaoke; entertainment from Global Motion, World Dance Company and El Mariachi Alas De Angel; access to all the rides and games at Pacific Park; and a silent auction.

The auction will feature Twilight memorabilia, a ride in a Los Angeles County Sheriff’s helicopter, Southwest Airlines tickets, and much more.

“Pier del Sol is a day that the whole family can enjoy, while giving back to the community and our Special Olympics athletes,” said Bill Shumard, President and CEO of Special Olympics Southern California. “Each year this event gets better and better. We hope the public will continue to come out and enjoy the wonderful cuisine, live music, and games at the historic Santa Monica Pier.”

At this year’s fundraiser, Special Olympics will honor Rob Friedman, Co-Chair and CEO of Summit Entertainment (producers of movies such as the Twilight Saga and Hurt Locker).

Rob has been a Special Olympics Southern California Board member for 16 years.

“Rob has contributed to our movement at every turn,” said Shumard. “He’s an amazing fundraiser who is compassionate and cares for our athletes. His support has helped make this year’s Pier del Sol the most successful in its history.”

Along with Rob and other celebrities and sports figures, California’s former First Lady, Maria Shriver will be attending as the honorary chair.

General Admission tickets are $45 and include unlimited rides, eight game tickets, and a meal coupon for Pacific Park’s food plaza.

A Westside teen who for years has been baking cakes for Upward Bound students is looking for a successor. Learn...