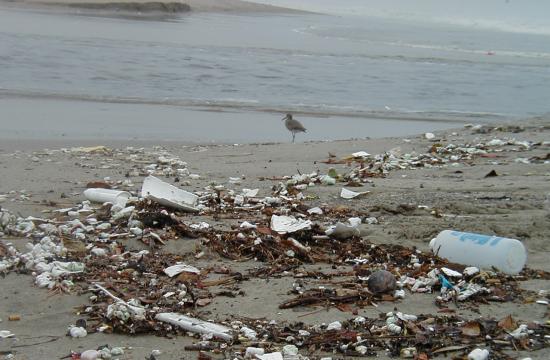 With the first significant rainfall on Wednesday since March, Heal the Bay is urging residents and tourists to avoid Santa Monica and Los Angeles beaches until the weekend.

The main source of pollution to Santa Monica and San Pedro bays is urban runoff carried through the 5,000 mile-long storm drain system.

“Our region’s water bodies are likely to see significantly higher pollution levels after this rain event,” said Kirsten James, Heal the Bay’s director of water quality. “With so-many year-round ocean users now, it’s critical that they stay out of the water for a while.”

Unlike sewage, this runoff typically receives no treatment and flows freely onto shorelines and the sea through the network of open channels, catch basins and drain pipes and streams.

After the so-called first flush, debris and toxins that have been accumulating for months on sidewalks, roadways and riverbeds are now being washed into the storm drains.

Exposure to runoff can cause a variety of illness, most frequently respiratory infection and stomach flu. Human pathogens of unknown origins are also frequently carried in storm-drain gutters.

Experts agree after a major rainfall that local beachgoers should stay out of the water entirely for at least 72 hours.

During dry months, Heal the Bay and county health officials urge swimmers to stay 100 yards from flowing storm drains, which have been shown to have elevated levels of pathogens and other pollutants.

Swimmers are also advised to avoid contact with storm water that pools or streams along the beach.