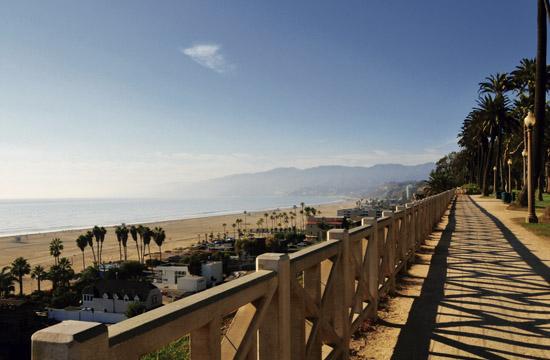 The City of Santa Monica is on the verge of becoming a Clean Air City as part of a national campaign to raise awareness of greenhouse gases, thanks to an item Council member Terry O’Day brought to his colleagues on Oct. 11.

The resolution would also call for the city to attempt to “reduce atmospheric carbon dioxide to no more than 350 parts per million” and declare “that climate change is not an abstract problem for the “future” and to urge them to move swiftly to enforce the Clean Air Act.

According to information provided by the Center for Biological Diversity, the current atmospheric carbon levels are at 392 parts per million. Further, the group stated the decade from 2000 to 2010 was “the warmest on record.”

According to Rose Braz, the climate campaign director at the Center for Biological Diversity, such a resolution is vital to combating greenhouse gas pollution.

“As you know, if we want clean air and a healthy climate, we have to cut greenhouse gas pollution. The Clean Air Act is our current best hope to reach this goal,” Braz stated in a letter to O’Day. “The Center for Biological Diversity’s Climate Law Institute has launched ‘Clean Air Cities,’ a nationwide campaign urging cities and counties around the United States to call on and support the Obama administration and the EPA using the Clean Air Act to make significant reductions in greenhouse gas pollution.”

Braz contends the passage of the Clean Air Act is vital because climate change is a problem today.

“It’s clear that climate change is here now and already having a profound effect on the places we live, the natural resources we depend on, and the species that provide rich biodiversity,” she wrote in her letter. “We need to take significant steps now to avoid the worst effects of runaway global climate change.”