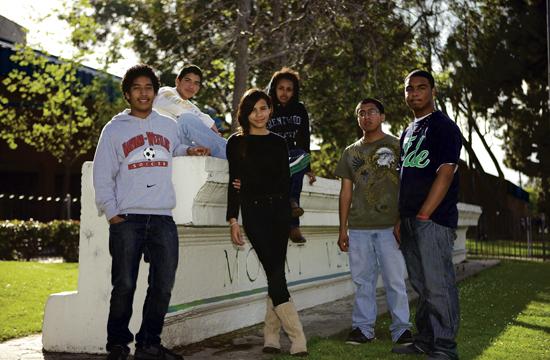 While many following California’s education legislation reform had something to say about Gov. Jerry Brown’s signing of the Dream Act last week, passing under the radar was the implementation of a new non-profit program called Helping Young People Excel, or HYPE.

The program rolled out on Sept. 20 and targeted eight “elite independent high schools” across Los Angeles County, including Santa Monica’s own Crossroads School.

“HYPE doesn’t focus just on preparing low-income students academically for a private college-prep environment. The program places top priority in building cultural capital within its students in order for them to effectively transition and navigate middle and upper-middle class communities and norms,” the program’s website stated. “Unlike other similar programs, HYPE is not race-based. HYPE solely focuses on students with low-socioeconomic status.”

During the summer, participating students enroll in a seven-week “Summer Prep Program” in order to “build up academic skills.” Teachers are also trained, throughout the academic year, to lead after-school tutoring programs.

Students are also provided with interviewing tips and are walked through the financial aid application process.

As part of the program, HYPE works with Los Angeles area middle schools in targeting “high-achieving low-income” seventh grade students. Those students are recruited and then placed into an 18-month academic program. Once in the program, participating students work with the program’s advisors and leaders in order to be placed into an “elite independent high school,” such as Crossroads.

Beyond Crossroads, other schools that HYPE students have moved onto include Harvard-Westlake, Brentwood, Campbell Hall, Pacifica, and Vistamar schools.

To date, nine students have successfully moved on from HYPE to an “elite independent high school,” including Francisco Sanchez (class of 2012) and Marilyn Ufrazio (class of 2014), both of whom are attending Crossroads.