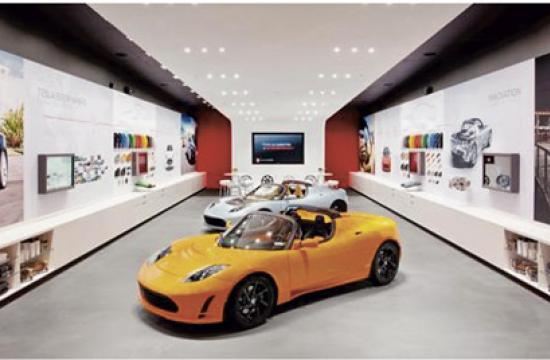 Perhaps an all-electric vehicle showroom will not find a space on the Santa Monica’s Third Street Promenade after all, as the Santa Monica Planning Commission on Wednesday could not agree on recommending to the City Council to move forward with new language that would have allowed as many as four such sales centers within the retail-themed thoroughfare.

A plan was originally suggested by Council member Terry O’Day in August to bring an all-electric vehicle showroom to the outdoor mall. But three of the six planning commissioners were not convinced the Promenade would positively benefit from what they effectively saw as a car dealership.

“The whole concept of the Promenade changes with the introduction of the car,” newly minted Commissioner Richard McKinnon said. “I’m highly skeptical that it adds to the Promenade.”

Commission Jennifer Kennedy thought the whole concept of bringing all-electric vehicle showrooms to the Promenade was more “entertainment” than it was prudent planning.

“To me it’s a car dealership. It’s very Las Vegas-ish,” she said. “I don’t see it as activating the space. It serves visitors more than residents.”

Of course, plans to activate the north end of the Promenade via an all-electric vehicle dealership may not be scrapped. However, with the deadlocked 3-3 vote, no recommendation on the issue may be made to the city council.

Accordingly, the issue dies with planning commissioners and may only move forward if someone were to appeal the deadlocked vote.

Alternative fuel vehicles, such as hybrids or all-electrics, are currently prohibited from exhibiting on the Promenade because there is no language in the city code allowing manufacturers of such automobiles to do so.

As is standard practice with Santa Monica code policy, if something is not explicitly allowed, that act is accordingly prohibited.

Staff indicated to commissioners that the inclusion of all-electric vehicle showrooms at any given spot along the Promenade would both educate the public about alternative fuel vehicles as well as promote the sales of all-electric cars.

On Aug. 9, council members “directed staff to prepare an ordinance to permit alternative fuel vehicle showrooms” in the northernmost zoned section of the Promenade. The issue had ping-ponged back and forth through the public process before the Oct. 19 vote.

Only a few weeks earlier, the arrival of an all-electric vehicle showroom appeared imminent. On Sept. 21, planning commissioners unanimously approved a resolution allowing manufacturers of electric vehicles to set up shop on the Promenade.

Manufacturers such as Tesla and CODA have set up similar showrooms in shopping malls in San Jose, Calif., Lone Tree, Colo., and Century City.

Interestingly enough, Hank Koning had resigned from the Planning Commission last week, which kept the door open for the six remaining commissioners to be deadlocked on any of the issues they considered on Oct. 19.