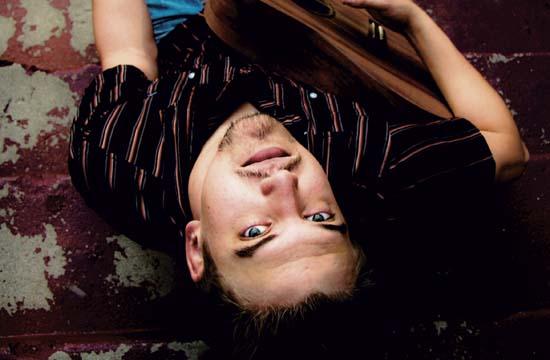 In this day and age record companies are a thing of the past. Gone are the days of a producer grooming a performer, refining their image or developing the singer’s style. Nowadays, a performer must take charge of their own career.

They sing, they play, they write, and produce. They create their own CDs and videos, while also self promoting and selling their music on iTunes. This is a new era. The new reality. Singer/songwriter Geoffrey J. is part of this reality.

Having arrived in L.A. during the summer of 2010, Geoffrey J. is a driven young singer/songwriter, who has gained much attention while playing at festivals and local venues, and has also released two full-length studio albums. His music has received rave reviews, thousands of downloads as well as airplay on several radio stations.

As a songwriter, his melodies range from roots rock to folk. His songs offer a large amount of passion for such a young performer. His organic approach to songwriting allows his lyrics to be vulnerable yet direct. His melodies, sometimes haunting, are also upbeat, memorable, and consistently entertaining.

Geoffrey J. will perform his own original roots folk music roots music. He has been influenced by the work of such industry legends as John Lennon, Bob Dylan, Lou Reed, and David Bowie. He has applied them to a collection of music that instantly qualifies him as one of the most dynamic and mature songwriters to emerge in recent memory.

South’s famous happy hour will be extended until 8 p.m. for this special event only, so get there early and enjoy the show.

For more information on Geoffrey J., visit www.geoffreyj.com where you can enjoy free downloads from his two CDs, “Fly on the Wall” (which will only be available until the official 2012 release in January) and “Pennington Place” (2009 LP).