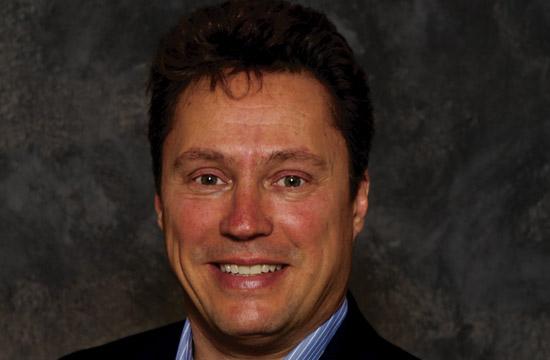 For newly appointed managing director of Loews Santa Monica Beach Hotel Paul Leclerc, his appointment to the top job at the establishment is an exciting homecoming.

Leclerc was the hotel’s executive assistant manager from 2000 to 2003 before he relocated to a sister Loews hotel in Orlando, Florida.

His first day back in Santa Monica was Sept. 12, and he said he’s had a warm welcome from many of the staff, particulary those who are stilling working there eight years on.

“I have been amazed at how many line-level team members there are from when I was here in 2000-03,” Leclerc said. “I guess there is between 60 to 70 percent of the people who are still here when I left.”

He received a call mid-July from Loews management who asked if he would like to return to Santa Monica.

“I’m really excited about being back,” he said. “I felt when I left here in 2003 that people respected my honesty, sincerity, and enthusiasm for providing that exceptional level of experience. When the news started to break that I was coming back, I think there was a vibrant sense of anticipation. Since I arrived, my welcome has been very warm.”

In Orlando, Leclerc served as general manager of Loews Portofino Bay Hotel at Universal Orlando where he was responsible for all operational aspects of the 750-room hotel.

While he only has 342 rooms to worry about now that he’s back in Santa Monica, there is just as much work cut out for him.

“The natural reaction is it should be easier, but it’s not,” he said. “You have to be very strategic in terms of the way you market the hotel and sell the hotel.”

In the short time that he has been back in Santa Monica he has already made some tweaks such as changing the music in the lobby areas.

But he said many more significant changes were to come.

“The major initial goal would be to create the experience, from the moment you step out of your car out front, that is in keeping with a hotel that garners the average rate that we do,” he said. “And of course keeping in mind all the wonderful things that are happening on a branding level with Loews so that it feels like a Loews hotel with of course, a California twist.”

Beyond that, he said he has already started conversations to have improvements made to the exterior of the building early next year as well as further renovations to the public areas and guest rooms.

Under Leclerc’s leadership, Loews Portofino Bay Hotel at Universal Orlando was named one of the “Top 100 Resorts in U.S.” by Conde Nast Traveler and “Top 500 Hotels in the World” by Travel + Leisure.

“Paul is a seasoned veteran with more than 25 years of experience at some of North America’s finest hotels and resorts,” said John Thacker, regional vice president of operations for Loews Hotels. “His extensive track record of success makes him the ideal candidate to maintain the hotel’s long standing reputation as one of Los Angeles’ most celebrated beachfront hotels.”

Active in the community, Leclerc served on the Board of Directors for the Central Florida Hotel and Lodging Association, as well as steering committees for the Orlando Convention & Visitors Bureau.

Prior to joining Loews, he served as director of rooms at the five-diamond Sutton Place Hotel in Vancouver, B.C. He attended Red River College in Winnipeg, and graduated with a bachelor of science degree in business.