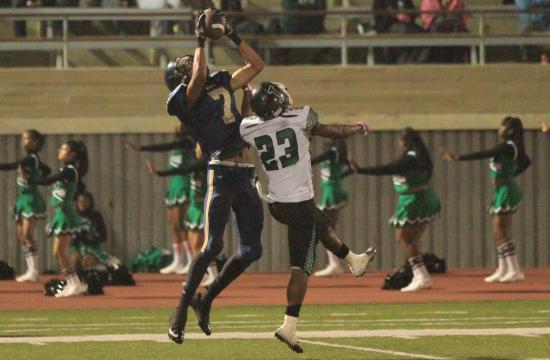 Facing a team that has three Division 1 prospects, it takes a lot of discipline and emotion.

And after holding ESPNU 150 quarterback/wide receiver Derrick Woods in check for four quarters, the SaMoHi Vikings can say they have a shot at the Ocean League title after knocking off reigning league champion Inglewood 28-15 on Friday night.

SaMoHi forced Woods to throw three interceptions, including a one-handed pick-six by Sebastian Larue, while Viking running backs Kori Garcia and London Lewis each ran for touchdowns and controlled the time-of-possession battle.

SaMoHi travels to Beverly Hills to face the Normans next Friday night at 7 p.m.