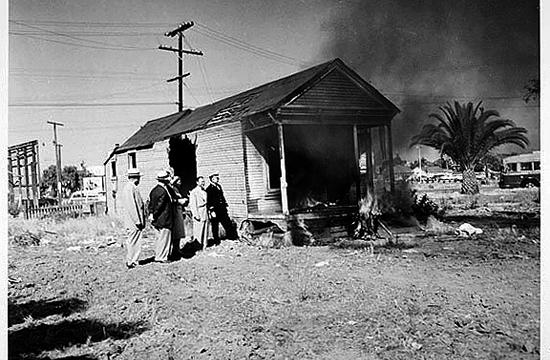 Local author Frank Gruber will be taking Santa Monica residents and guests back in time to the 1950s. Alas, this is no Emmett Brown experiment in an exotic aluminum-plated sports car.

Instead, Gruber will be giving a lecture tonight, Oct. 3 at the Annenberg Community Beach House about an African-American neighborhood that formerly existed in Santa Monica – a location known as Belmar Triangle.

Currently occupying the former locale of Belmar Triangle is the Santa Monica Civic Auditorium, which stands today as a blighted and underused facility on the verge of revitalization. However, the Civic Auditorium had much greater value to Santa Monica when it was first built in 1958. Indeed, the facility hosted the Academy Awards from 1961 to 1967.

Once a crown jewel of the sleepy beachfront community, the Civic Auditorium was symbolic of a Santa Monica that was making a branding push to establish itself as a tourist destination. With close proximity to the beaches, the relatively new Santa Monica Freeway, and Downtown, the area formerly known as Belmar Triangle had significant value to city planners.

In his talk, Gruber hopes to share insightful knowledge of a portion of town that had held a strong sense of community until the city had other plans with the neighborhood. Gruber said that the Belmar Triangle, which was named after the dominant street in the community, Belmont Terrace, was “an African-American neighborhood that the City of Santa Monica destroyed in the 1950s to build the Santa Monica Civic Auditorium.”

Accordingly, local planners grazed a majority of homes in the immediate vicinity of where the Civic Auditorium stands today in order to make way for the city’s cultural crown jewel. Back then, the grazing took place by fire, as the homes were literally burned to the ground as planners watched.

Gruber’s talk next Monday will talk about how Belmar Triangle was quite the established community within Santa Monica, with its roots dating back possibly as early as the 1900s.

The author explains that his Oct. 3 presentation is quite relevant in light of the current city council’s recent action to revitalize the Civic Auditorium. Earlier this year, council members agreed to bring the Nederlander Organization aboard to help restore the iconic venue’s luster.

“One of the reasons the talk is somewhat topical and not only historical is that over the past year, or actually many years, the City has been struggling with what to do about the Civic Auditorium, which costs the city a lot of money each year in operating deficits,” Gruber said. “A few months ago the City Council voted to spend $45 million of redevelopment money to update the facility as an enticement to the Nederlander Organization to come in and run it as a more commercial … concert venue and theater.”

This is not the first time Gruber will be speaking on the matter. He gave a similar presentation on Belmar Triangle last spring at the Santa Monica History Museum.