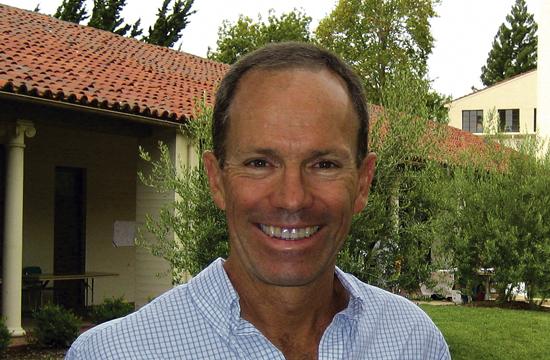 With the departure of Gwynne Pugh from the Santa Monica Planning Commission in May, it is good to know his replacement describes the civic appointment as “clearly the best job in town.”

It is that enthusiasm and passion that earned Richard McKinnon the appointment to begin with; as he transitions from the Recreation and Parks Commission to Planning, there appears no doubt McKinnon is ready to make an impact in fulfilling his civic duty to Santa Monica.

“On Recreation and Parks, I got the Bike Plan instigated through to fruition; we moved for a Ciclovia; got the Arboretum concept adopted; pushed to get better use of City and school recreation and field usage; and have James Corner’s superb new parks almost finalized,” McKinnon said. “These ideas build social capital. Santa Monica is a city people like living in because it has a sense of style and values. That didn’t just happen.”

Indeed, McKinnon, a strategic marketing consultant, hopes to maintain Santa Monica’s sense of style and values by helping guide the Planning Commission to provide proper direction to city leaders and residents alike on how best to shape the community’s future.

“The Planning Commission has to guide/lead or direct this development to constantly add to, and improve, the City, make it even more interesting to live here, shape the new reality of Santa Monica,” McKinnon stated. “The LUCE (Land Use and Circulation Element) focused development into six percent of Santa Monica. A tremendous number of projects are coming to the City. Most people have no idea how many.”

In order to provide a clearer picture of what is indeed coming to Santa Monica in the coming years – 2015 is a big year, what with the arrival of the EXPO Light Rail Line, the completion of several developments, and the future of Santa Monica Airport (SMO) coming to a tee – McKinnon outlined his three goals to define his tenure on the Planning Commission.

First, McKinnon stated he would like to “build a strong sense of community on streets.”

“Let’s activate streets with retail, coffee shops, services, entertainment, make streets interesting places to be for pedestrians, particularly residents (that includes into the evening),” he said. “Downtown should be a place we want to go all the time because that’s where people gather to enjoy living here. Streets must be livable.”

After activating the streets, McKinnon hopes to achieve “a deep commitment to community benefits.”

“Santa Monica is attractive because of the way the community has committed to parks, schools, decent roads, public order, recreation and leisure facilities over many years. (And we have a train coming in a few years),” he pointed out. “We’ve developed a bike plan. This is a very desirable place to invest and build.

“So let’s ask any developer to invest strongly in our community, its infrastructure; the landscape and our recreation facilities, etc., as they make their private investment,” he added.

Finally, McKinnon hoped the future of Santa Monica could include “better architecture.”

“Bland buildings which simply maximize developer profit don’t give back to the city,” McKinnon candidly stated. “Santa Monica should be a place where we get the best new thinking about buildings – and best new buildings. Where the city leads and innovates.

“Instead we have developed a monoculture downtown with too few two-bedroom and almost no three-bedroom apartments being constructed, hence almost no families, few couples, (and) lots of singles in studios.”

Of course, it is not enough to just layout a plan. McKinnon point out while he has ambitious plans for Santa Monica, ultimately the Planning Commission must do its part in setting the tone for the future of the city.

“Planning Commission has to set standards,” he emphatically said. “We have to be bold about saying we want the best. Be tough to get a great city. Insist on buildings and push urban ideas that are interesting and add value.”

McKinnon will not have too much time to bring his added value to the commission, as he will serve his appointment through June 2012, when Pugh’s term was scheduled to end. At that point, McKinnon will have the option to reapply for a full two-year appointment to the Planning Commission.

Appointments are made by the city council. McKinnon’s appointment came at a narrow 4-to-3 vote at the Sept. 27 meeting at City Hall. McKinnon’s supporting votes came from Mayor Richard Bloom, Mayor Pro Tem Gleam Davis, and Council members Kevin McKeown and Pam O’Connor.