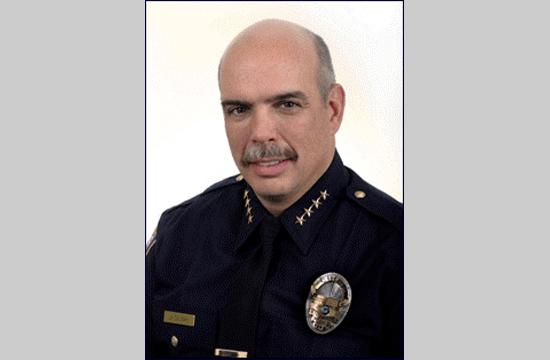 Jackman is officially retiring in December, but he will stay on with the department as acting police chief until the end of March while the City conducts a search for his replacement.

Jackman has a personal family event today and cannot be reached for comment, but a police spokesman said the chief would be taking interviews on Wednesday.

This December will mark Jackman’s five-year anniversary as the SMPD’s chief.

He previously had spent nearly 24 years with the Long Beach Police Department, working in every major command, and leaving as a Deputy Chief.

Jackman had strong roots in basic police fundamentals having spent nearly 12 years of his career working in Patrol. He spent five years as the officer in charge of the basic police academy, training more than 400 new police officers in the nuts and bolts of the profession.

In addition, Jackman has significant operational experience at all levels of police administration including Internal Affairs.

A former Marine, Jackman has an MBA from the University of California, Irvine, and has attended the course for Senior Executives in State and Local Government at Harvard University.

He has attended the FBI Academy and has lectured at local, state and national levels on a variety of topics ranging from recruitment and retention of police officers to Homeland Security issues.