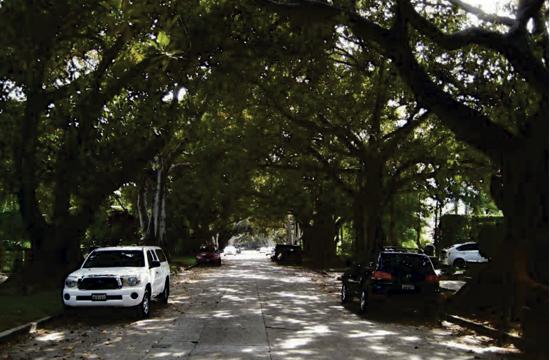 Key highlights of the Draft Master Plan include a street-by-street list of current trees and respective replacements, Santa Monica’s tree-planting history, and tips for tree removal.

With the Draft Master Plan, the City of Santa Monica continues to make headway in its quest to develop an Urban Forest Master Plan, which would change the face of many local streets for the next 50 years.

Even more, the Master Plan may open the door for Santa Monica to be designated as a citywide Arboretum.

As part of the city’s long-term outlook with the rejuvenation of Santa Monica’s arboreal life, the Master Plan includes a Draft Designated Street Trees List “that details proposed tree species for each street in Santa Monica in the event that a street tree needs to be replaced due to disease, age, or other damage.”

The Draft Designated Street Trees List is also part of the Task Force’s plan to include as much public input as possible.

Indeed, as a result of steady public input via email and during the course of several workshops, Randy Little, the city’s Public Landscape Manager, said 69 street segments have already been altered.

With the approval of the Draft Master Plan last week, it now moves forward to the City’s other commissions, including, ultimately, the Planning Commission and City Council.

Prior to moving to council, the Draft Master Plan will make its way through the various commissioners, including the Landmarks Commission, who viewed it on Oct. 10.

The Draft Master Plan will ultimately arrive in front of council members at its Dec. 13 meeting.

Residents may keep abreast of the Draft Master Plan’s progress through the various commissions and upcoming Task Force meetings by visiting www.santamonicatrees.com.

According to the Task Force, the Urban Forest Master Plan and the Draft Designated Street Trees List are both available for viewing online and at each of the four Santa Monica Public Libraries. In addition, hard copies of both the list and the plan are available for pick up at the City’s Public Landscape Division, Clover Park, 2600 Ocean Park Blvd.

In June, a “Street Tree Species Selections” workshop was held at the Santa Monica Main Library as part of the city’s plan to ensure the long-term health of Santa Monica’s urban forest.