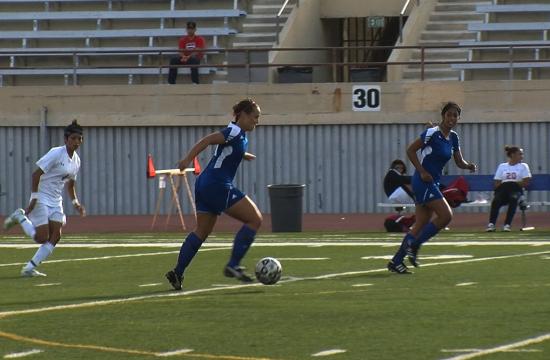 The Santa Monica College (SMC) Corsairs have not lost in three games now after their tie with Bakersfield on Friday.

The Corsairs had two shots on goal hit the goal post and the rest missed wide or were denied by Bakersfield goalie Louisa Hernandez.

SMC did prevent the Renegades from having many scoring opportunities and kept the ball primarily in opposing territory.

This game makes two ties in their last three games after dropping their first five games in the preseason and this game was their first shutout of the year.

SMC will play at LA Valley on Tuesday.