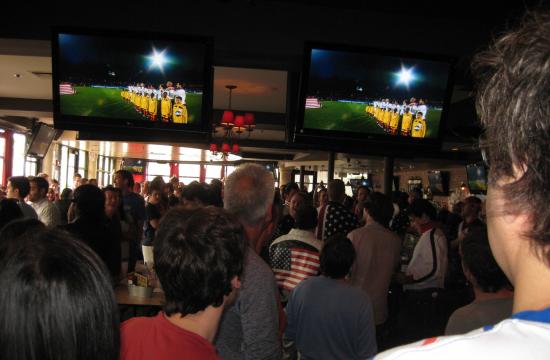 After a month of planning, the bar South, located at Stanford and Wilshire, held a private party to unveil their new 3D screens for celebrities and special guests to see the USC vs. Cal football game heading into this past weekend.

The owners of South said they will not charge for the 3D glasses. They will try a system similar to pool halls where patrons can leave their identification with the bartender and rent the glasses and return them at the end of the night.