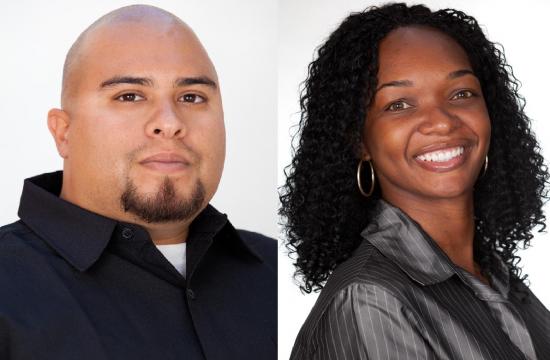 When Sergio Arias enlisted in the Marine Corps in 1999 and was assigned to be part of the invasion of Iraq, he never thought he would end up homeless, with a drug-addiction, and incarcerated soon after returning to society after four years of serving his country.

But for the now 30-year-old, that’s what unfortunately happened, but he now has his life back on track after finding support with New Directions, a support service for veterans.

Arias is one of 23 previously homeless individuals, who with the support of local nonprofit agencies, have made extraordinary transitions from homelessness to lives filled with passion and promise.

He will be among these individuals honored at the 16th Annual Celebrating Success Breakfast this morning at the Fairmont Miramar Hotel & Bungalows in Santa Monica.

Arias said he was discharged from Camp Pendleton in San Diego two months after returning to the United States.

“I had trouble readjusting to society the way it is out in the civilian world,” Arias said. “Some of my experiences during the war still bothered me, so I turned to drug use and I would self-medicate myself, and that’s what led me to being homeless, being incarcerated, and eventually going to rehab where I turned my life around.”

He said he started drinking alcohol heavily at first, but it quickly turned to methamphetamines.

He was incarcerated for possession of narcotics and firearm and sentenced to one year in county jail.

His sentencing coordinating helped him enter a rehab program with New Directions, which he graduated from last April after 27 months.

“If there’s anyone out there that knows a veteran that needs help, there’s places they can go to like the VA or New Directions,” he said.

Arias is currently continuing his education as a nursing student so he can help people who are in similar circumstances to what he once was.

Another of this year’s honorees at today’s Success Breakfast is Arlisha Adkison who lost her job in February 2009 – two weeks before her two-year probation was up.

“At that point I began to exhaust my savings, and soon after I couldn’t afford to pay my rent any more,” Adkison said. “I went from having everything all figured out, to what am I going to do now.”

At the time she had an 11-year-old daughter and a 10-month-old baby.

She ended up at a shelter in San Pedro, before she found help at Upward Bound in Culver City.

“Upward Bound really put me back in a position to where I could be self-reliant,” she said. “Everything started with me getting my life back together.”

With shelter and support from her case manager, she was able to hand out resumes and find a job.

She graduated after just 10 weeks.

“I did everything I needed to do, and I was able to graduate early with the help of my case manager,” she said.

She said she recently started a second job.

“Both are human service jobs dealing with behavioral science just trying to help other people be the best that they can be just the same way I’ve gotten help,” she said.