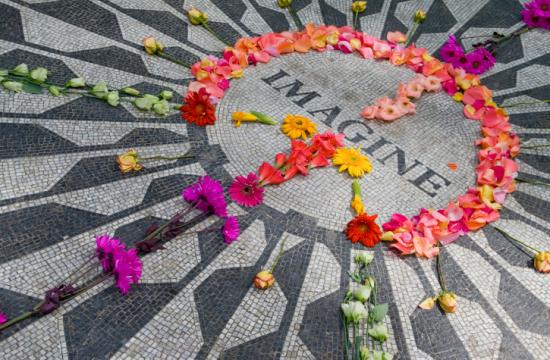 Leading Beatles historian and bon vivant Martin Lewis will host “The Beatles at Barnum”, the celebration of the music of the Beatles this Friday, Oct. 21 to Barnum Hall at Santa Monca High School.

A protégé of Beatles publicist Derek Taylor, Lewis will share anecdotes and stories for many of the songs performed, which include “Strawberry Fields Forever,” “I Want to Hold Your Hand,” “Got To Get You Into My Life” and audience sing-a-longs of “Hey Jude,” “All You Need is Love” and others.

Among his many credits, Martin Lewis wrote and hosted the documentary Re-Meet The Beatles! and produced The Fab 40!, celebrating the 40th anniversary of the Beatles’ first US visit. Lewis has hosted Beatles fan conventions in New York, Chicago, and Los Angeles and appears frequently on radio programs and television talk shows such as Real Time with Bill Maher.

“We’re thrilled to have Martin Lewis as emcee for The Beatles at Barnum,” said Scott Ferguson, producer of the event. “He’s a world-renowned Beatles expert, a humanitarian, and a fabulous host rolled into one, and brings a personal Beatles connection to the performance.”

“The Beatles at Barnum” show starts at 7:30 p.m. in Barnum Hall on the campus of Santa Monica High School.

General admission tickets are $20, and $10 for students, and can be purchased at the door or online at http://www.brownpapertickets.com/event/204402.