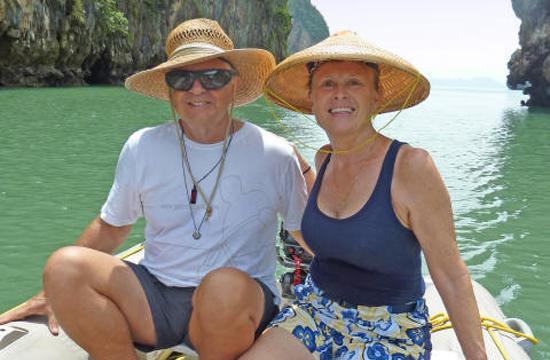 A federal judge sentenced a third Somali man to life in prison this morning for his role in the hijacking of a yacht off the coast of Africa that left all four Americans on board dead. Two of them were members of St. Monica’s church in Santa Monica.

Jean and Scott Adam, who lived in Marina del Rey, along with friends Bob Riggle and Phyllis Macay, of Seattle, were shot to death in February several days after being taken hostage several hundred miles south of Oman.

The U.S. military had been trailing the hijacked yacht for several days when they heard gunshots. U.S. naval reaction forces closed in on the hijacked yacht and boarded, said Vice Admiral Mike Fox, Commander U. S. Navy’s Fifth fleet in February.

“As they responded to the gunfire and began boarding the Quest, U.S. sailors discovered that all four hostages had been shot by their captors,” Fox said. “Despite immediate steps to provide immediate life-saving care, all four of the American hostages died of their wounds.”

None of the victims’ family members was in court Monday.

Omar is one of 11 men who have pleaded guilty for their roles in the case.

A fourth man was scheduled to be sentenced later today, and two more men were scheduled to face sentencing Tuesday.