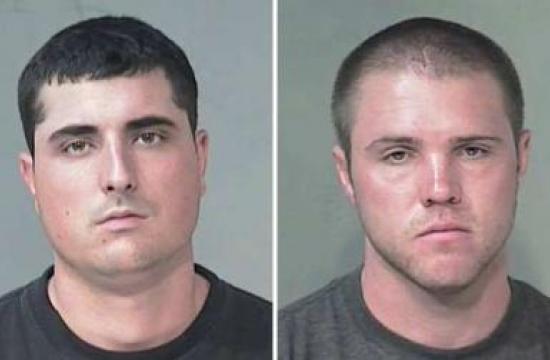 Two men have been arrested in connection to a brutal and random attack of a man in Santa Monica in the early morning hours of Thursday, Sept. 22.

Santa Monica police confirmed on Saturday that its detectives had been working with the Maricopa County Sheriffs department in Arizona after several leads were developed during the first few days after the incident.

They are being held at the Fourth Avenue Jail in downtown Phoenix on attempted murder charges with bail set at $1,030,000.

“Following up on many of the leads, Investigators were able to identify the two suspects (Residents of Arizona) and put enough evidence together to obtain a filing from the Los Angeles District Attoreys Office,” a SMPD statement read.

“With the assistance of the Maricopa County Sheriffs department and other local jurisdictions, the suspects were located and taken into custody on Friday evening (10-14-2011). Both suspects are charged with 664/187 PC (Attempted Murder).”

At about 2:20 a.m. on Sept. 22, Santa Monica police responded to the 3100 block of Santa Monica Boulevard regarding an assault that had just occurred.

The victim sustained major injuries to his head, face, and neck.

Authorities say both Arizona men were working for a moving company and were in the Los Angeles area on a job, according to The Arizona Republic.