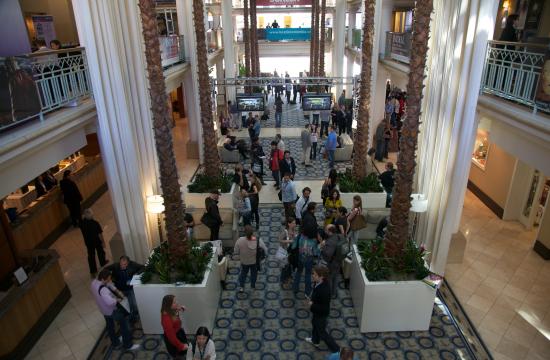 Day two of the 2011 American Film Market (AFM) in Santa Monica will feature an 11 a.m. opening ceremony to celebrate “Hong Kong Day at AFM,” with screenings and associated events.

Buyers from China are up more than 50 percent and from Germany up more than 30 percent, and buyers from Mongolia and Cambodia will attend the market for the first time.

A total of 415 films will screen at the market for 8,000-plus industry leaders over the course of the eight-day event.

Of those, 69 are world premieres, 310 are market premieres and 29 films will be presented in 3D. Every two hours, 29 films will be shown, as exhibitors from 35 countries hold a total of more than 700 screenings.

“With buyers up and screenings on par with last year, we expect a very healthy and active market,” Wolf said. “And our expanded five-day Conference Series is nearly full with more than 700 attending each day.”

AFM exhibitors continually present the most acclaimed films of the coming year; notably, 18 of the past 31 “Best Picture” Academy Award®winners were sold at the AFM.

In addition, the Market’s new Industry Conversations program presents intimate, interactive and informative discussions with some of the visionaries, trendsetters and experts of the film industry.