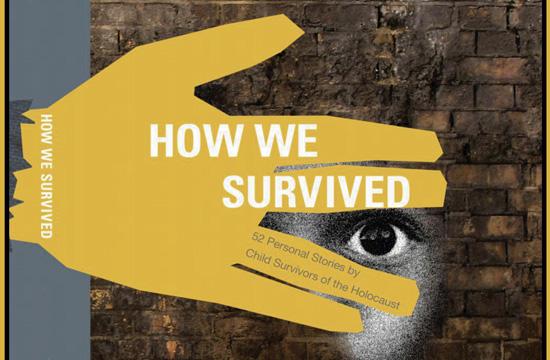 Six years ago, the Los Angeles chapter of Child Survivors developed an idea for a book to tell the stories of dozens of holocaust survivors.

On Sunday, the book “How We Survived” was officially launched at the Museum of Tolerance with several of the 52 contributing authors residing in Santa Monica.

Many of the authors were infants during the Holocaust. Lya Frank was one of those.

A family member read a section of her heartbreaking and uplifting story.

“What we’re working on is my life before… the war, which was totally wonderful,” Frank wrote. “I was my grandmother’s favorite, which is an envious place to be. And during the war I was hidden and my sister and myself were the only ones that survived from our immediate family.”

Frank was also featured in a short documentary made by an LMU student who interviewed authors, as 18 of the Holocaust survivors were paired with 18 students to help get their stories down on paper and polish the book.

Several of these students attended the book launch, including Raya Haddad who worked with Lya Frank.

Haddad spoke about the experience and how it affected her.

“I thought I was going to go in there and help someone write something,” Haddad told the audience. “I didn’t know exactly what I was going to get out of it, but I feel like I’ve learned so much, not just about the Holocaust, but more about the personal aspect of it and about myself and how people survive and how they move on.”

Hundreds of friends, family, and community members attended the moving book launch, which was also a celebration of the lives of those who survived.

Child survivor Marie Kaufman, managing editor of “How We Survived” and president of the Los Angeles chapter of Child Survivors of the Holocaust, said its primary goal for writing in their own voices was to inspire hope and empowerment to the readers of the stories – particularly students in all educational venues.

“The experience was life-transforming for the students and the larger community to become witnesses and guardians of our legacy in a personal and intimate way,” Kaufman said.

The book is available for purchase at the Museum of Tolerance, which is located at 9786 W. Pico Blvd., Los Angeles.