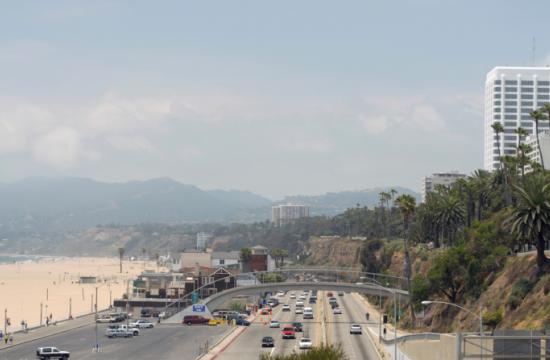 Green is the new black, or so the Santa Monica City Council would like to think after informally endorsing a new policy intended to instill better business practices in Santa Monica.

In a special session held at City Hall on Nov. 1, council members adopted the Strategy for a Sustainable Local Economy (SSLE). With the directive, the City of Santa Monica is aiming to make “sustainability” a more integral part of the local economy.

Through the SSLE, City Hall hopes to minimize the city’s carbon footprint while spurring both the local economy and Santa Monica’s tax coffers.

Through it all, both council members and staff sought to demonstrate that the city’s mission for greater sustainability in Santa Monica was more than just show and tell, but instead a goal that is as realistic as it is noble.

Mayor Pro Tem Gleam Davis said targeting particular industries to come and promote the of businesses and services not available in Santa Monica was important.

“We are losing revenues there,” Davis said.

Meanwhile, Council member Bobby Shriver pointed out while the SSLE was well intentioned, he hoped the document would be rehashed with a little more focus.

“I think a lot of these ideas are great,” Shriver said. “I would almost ask in the redraft in this plan or the further elaboration of it to shorten it and describe the things (we) don’t want to do.”

Ultimately, the SSLE is focused on “greening existing businesses, attracting, and retaining sustainable businesses and maximizing reinvestment in the local economy by both businesses and residents.”

To achieve this, City Hall has devised a six-part plan to foster economic development, promote local consumerism, and develop a green infrastructure. Specifically, the six-spoke set of recommendations includes: the creation of a sustainable partnership between City Hall and local businesses; the development of a sustainability center; the implementation of “high impact strategies;” making the best of a Buy Local program; establishing “green commercial infrastructure;” and, the marketing of a sustainable Santa Monica.

By implementing the SSLE, City Hall aims to strike the optimum balance of attention to the environment without sacrificing economic development and profitability, all while promoting local commerce.

“The overarching aim of the SSLE is to develop approaches that enrich sustainable aspects of the city’s economy,” a consultant report prepared by EarthVoice Strategies stated. “The SSLE’s purpose would be twofold: to ensure the long-term viability and sustainability of the local economy; (and), to attract and retain businesses to Santa Monica that contributes to the overall environmental, economic, and social sustainability of the community.”

The report also stated the SSLE would complement the Land Use and Circulation Element, or LUCE.

In terms of cost, consultants reportedly informed staff and council members that implementing the six deliverables of the SSLE should cost City Hall about $585,000.

According to Shannon Perry, of the Office of Sustainability and the Environment, the SSLE dates back to 2006, when the Sustainable City Task Force recommended the directive to council members.

Roughly two years later, EarthVoice Strategies was brought on board to consult for City Hall in collecting public input and advise on optimum implementation strategies. Between July 2008 and June 2009, a draft SSLE was circulated among staff, community organizations, and the public before finally arriving onto the desks of a variety of city departments for review.

The final SSLE was developed in the spring of 2010; council members finally had the opportunity to discuss the plan and its potential implementation last week.

As the matter was heard at study session, council members took no formal action.

“Santa Monica is a community that should expect more from its employers. Its employers should be leading in the Los Angeles community and setting a good example,” said UCLA urban planning professor Chris Tilley, inferring the SSLE could help ensure enforcement of fair wages and health and safety laws.