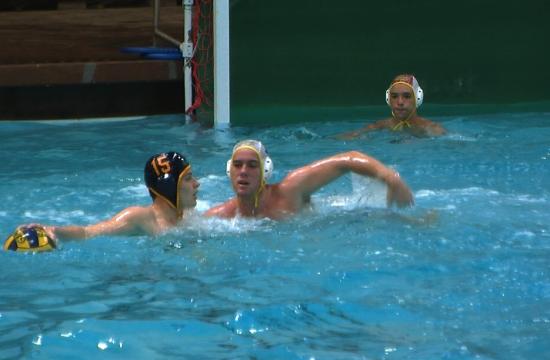 In an aggressive water polo match, many competitors will end up underwater many times.

But when a player is tackled from behind when it is just he and the goalie, it results in a penalty shot. This was the downfall of SaMoHi’s opportunity to win the Ocean League.

In the fourth quarter, the Vikings were charging back from a 5-2 deficit when both Jordan Bishop and Jackson Hauty scored to pull to within one point.

El Segundo was able to score after this, but the Vikings had the momentum. And halfway through the final period, a penalty shot was given to the Eagles when Evan Peterson’s pass hit the water because teammate Jonathan Paz was pulled underwater by his left arm.

Peterson had already thrown in two goals, so the Eagles asked him to take the shot. Peterson hit the right corner of the goal to make the score 7-4 late in the match, and SaMoHi never bounced back. El Segundo would go on to win 9-4.

Coming into the match, SaMoHi needed this victory to bring home the Ocean League title. The loss moves them to third place in league

SaMoHi finishes the regular season with a friendly district rivalry against Malibu today (Friday) before facing a No. 1 seed in the CIF Tournament next week.