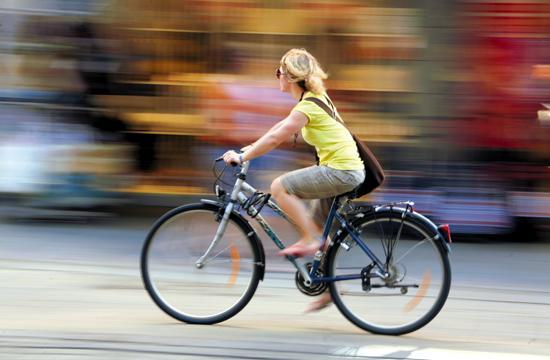 A slightly shorthanded Santa Monica City Council unanimously approved The Bike Action Plan on Tuesday, a move that brought smiles to the dais and appreciative applause in the gallery.

Also unanimously approved were budgetary actions allowing for $2.5 million to be allocated to the execution of the plan over the next two years.

With the highly anticipated Bike Center opening less then one mile away from Council Chambers on Nov. 18, it was only fitting to have the council consider and approve the Bike Action Plan.

There was very little debate on the dais about the plan, and community members enthusiastically endorsed the latest iteration of the proposal.

“I believe there is no better contribution Santa Monica can make to our national and global security than to lead the way for Southern California to think beyond the freeway onramp and become a bikeable metropolis anchored around its public transportation,” resident Gary Cavanaugh said.

“We’re not just saying ‘here’s better infrastructure for the people who are already cycling,’ but we’re actually encouraging more people who don’t cycle now to get out and cycle,” she said. “We really are trying to change the culture of the way people get around this city.”

Meanwhile, Council member Terry O’Day had asked staff about taking a more aggressive approach to realizing a bike share program. However, staff responded back that certain infrastructure and funding have to be in place before such a program could take effect.

Also, Council member Kevin McKeown pondered whether the implementation of the Bike Action Plan could coincide with the addition of protected bike lanes on new roads to be built in the Bergamot area.

As for the plan itself, included in the 400-page document are five- and 20-year plans to increase bicycle use in the city, a call for about 19 miles of bike lanes and 14 miles of sharrows, expansion of bicycle parking, about 2,500 on-street spaces by 2016, the creations of the country’s first-ever permanent Bike Education Campus, and the addition of buffered green bike lanes.

Also included in the plan will be the addition of bike video detection units connected to the citywide Traffic Management System; the units would be installed at about 34 intersections across the city.

Just the same, expect new signage to be installed along the beach bike path and connections to the Expo Light Rail line once it arrives in Santa Monica come 2015.

Council members had discussed the Bike Action Plan as part of a study session in August. The results of the discussion were sent back to the Planning Commission, which in turn worked on the plan and volleyed it back to council.

The plan finally returned to council on Nov. 22 and breezed through the final approval process.

“We have the wherewithal to do something like this,” Mayor Richard Bloom said.

Council member Bobby Shriver was not present at the council meeting.