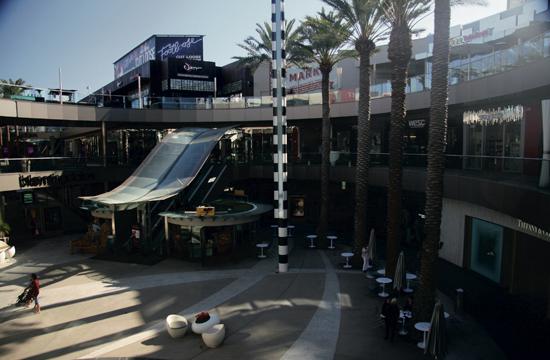 Santa Monica’s council members met with the city’s four business improvement districts (BID) Tuesday night in a special study session at council chambers to discuss the issues that most affect them and what City Hall can do to develop a sustainable economy.

The meeting’s goal was to help maintain the city’s vibrant and competitive business districts.

Council members and staff received valuable input from the BIDs to help keep Santa Monica a business and consumer-friendly community.

The Santa Monica Chamber of Commerce was also involved in the special study session.

Each presented improvements that could be made to each of their respective districts.

While the BID representatives boasted successes and broached concerns affecting their communities, staff shared some statistical information with council members.

“Although retail sales, consumer spending, and consumer confidence have all showed recent signs of improvement, there are still some troubling indications in certain areas of the economy,” Housing and Economic Development Director Andy Agle said. “For example, unemployment at national and local levels remains at an all-time high. As of August 2011, Santa Monica’s unemployment rate stood at 10.5 percent, while Los Angeles County’s rate hovered at 12.7 percent. Reports show that while the housing market appears to have bottomed out, there has not been significant recovery.”

The four official BIDs – the Chamber of Commerce is not a BID – are essentially a fraternity of local businesses that pool resources “for marketing, supplemental services, and promotional events,” all of which are designed to “help to create more vibrant and viable business districts.”

“The mission of these business districts is to advocate for and represent business interests, highlight issues affecting the community, and promote the economic stability and growth of their member businesses,” Agle said.

According to a study conducted by city staff, about 71 retail units less than 30,000 square feet in size were vacant across Santa Monica, or “214,393 square feet of retail space available for lease citywide.”

About 9.6 percent of the approximately 8.2 million square feet of office space available in Santa Monica was reportedly vacant as of the second quarter of 2011.

Citywide, staff boasts Santa Monica is home to about 6,500 businesses employing more than 73,000 people; staff also reports that about 88 percent of businesses within city limits are small, employing 20 people or less.

About 8 percent fewer people work in Santa Monica now as compared to 2008, according to the city.

In light of the study session, the council requested staff to return with additional information, including associated costs, on how to best respond to each of the BID’s priorities.