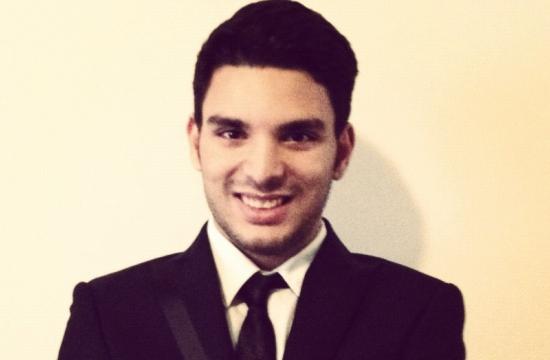 It’s not often that a teenager writes a book – much less have it published.

But that is exactly what has happened to 19-year-old Santa Monica College student Parsa Peykar.

The book, written in his native language Farsi, is called “Freedom in Cage” and was published by Pars Chap Inc., an Iranian-language publisher based in Reseda. The official release and book signing will be from 7 p.m. to 9 p.m. Sunday, Nov. 20 at The Coffee Bean & Tea Leaf, 10853 Ohio Ave., Los Angeles.

Peykar says he is donating the proceeds from the sale of the book to Child Foundation, a Portland, Ore.-based international charity that helps children living in poverty to remain in school.

A native of Iran who moved with his family to Los Angeles five years ago, Peykar says the book contains 20 inspirational short pieces of fiction that are based on his own life experiences.

A sophomore with a perfect 4.0 grade point average, Peykar says he started writing stories when he was 12.

“I always wanted to be a soccer player but writing has always been a part of my life,” he says.

A talented player, he was with the National Youth Team (for those under 14) in Iran and has played for a couple of teams in Southern California, including Club America Los Angeles.

Peykar plans to transfer to UCLA next fall, major in psychology and play for the UCLA soccer team.