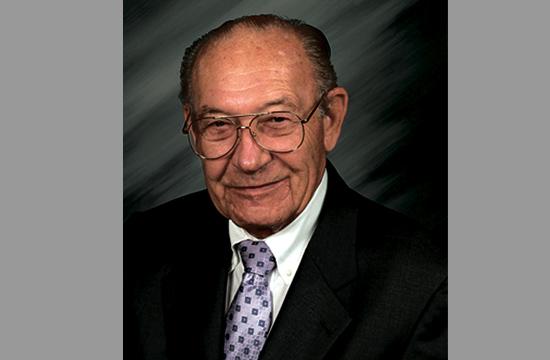 In 1949, John Bohn formed Tavco, Inc., the first in a series of companies that would later make up The Bradmore Group. Over time, John established several companies, which own and manage industrial and commercial property. Nearly all of the initial partners/investors of The Bradmore Group entities are or were originally from the Los Angeles Westside, especially Santa Monica.

With a career spanning more than six decades in Santa Monica, that has seen you own 28 companies that manage about 80 commercial properties, to what do you attribute your success?

I think my success goes back to a very good education at Santa Monica High School and UCLA. I also had a lot of luck and there are many opportunities that exist in the Santa Monica community.

You served as president of the Santa Monica Rotary Club in 1992-93, what did you take away from serving this organization?

The rotary club helped develop my speaking abilities and it taught me more about working with people. It also gave me the opportunity to participate in worthwhile community building activities. We have done funding for the Boys & Girls Club and other local community organizations such as Red Cross, YMCA, and similar organizations.

As a Santa Monica City Councilman in the early 1960s, how do you think your time serving the city shaped it into what it is today?

The thing that I’m proudest of that we did while I was on the city council was to build all the parking garages in Downtown Santa Monica. Without all those parking garages, Santa Monica would just not be the same. Whether that can be done today with the high cost of property acquisition, I don’t know. We also had the vision for turning Third Street Promenade into a more pedestrian friendly place that was an attractive place to shop.

You are also a long-term member and a past president of the Board of Trustees of the First Presbyterian Church of Santa Monica. How are you involved with the church today?

Westminster Towers Incorporated, which is a senior living facility with hundreds of units, is another organization you have been a past president of. This is something you hold very dear to your heart?

Westminster Towers is 16-story building where we provide the elderly with more low-income low-rent housing than any other organization in Santa Monica. I come from a family that stressed being involved in community activities and philanthropic work.

How did you grow your business empire after you formed Tavco, Inc.?

It grew because the investors empowered me to reinvest real estate profits and purchase additional buildings rather than demanding full distribution of earnings. Of course, this has been going on for a long time. Our first building was between Sixth and Seventh Street on Colorado, which was recently torn down to build a municipal bus garage. What we did was buy the land occupied by a lumberyard and we built a 40,000 square foot building, which was our first industrial building investment.

What do you think are the issues facing Santa Monica businesses today?

I think that the economics have adversely affected many businesses located in Santa Monica. I think that the steps taken by the present city council working with the Santa Monica Chamber of Commerce have been instrumental in helping to obtain new businesses and businesses with a higher income employee group than some of the surrounding communities. I think that Santa Monica is becoming a true “Silicon Beach” because of the increasing number of high-tech start-up companies that are locating here.

What have been your proudest personal and business accomplishments?

My personal accomplishment has been assisting my children and grandchildren through higher education facilities. I have a son who is a MD and a psychiatrist who practices in this area. Another son works for the military in the government near Detroit on weapons safety. I have two sons who work in my business. David Bohn has a MBA degree from USC and he is very active in negotiation and management. Another son is Mark Bohn who oversees the management of our properties.

In terms of business accomplishments, I’m proud of the fact all of our investors have done well and we have been able to give them very satisfactory returns on their investments over a long period of time. This has enabled many people to have retirement assistance so the can continue to live in this area where they have been a very long time.

As a past chairman the Santa Monica Chamber of Commerce in 2006/07, and a member for more than 50 years, how has the Chamber helped you?

I have made contacts in the Chamber of Commerce that have led to some of the buildings that we bought or built locally. It’s also kept me abreast of the events in the local government.

At 90 years old, will you ever slow down?

I come to work every day and I’m in good health for my age and I’m active. I have a trainer and I work out. I’m proud of the fact that I’ve been able to assist with so many organizations like Westminster Towers and my work with the chamber and the rotary club.