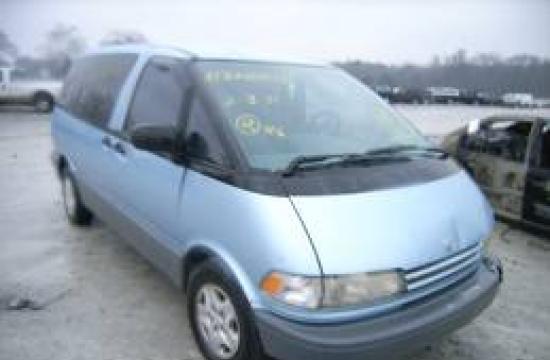 Santa Monica police are asking anyone with information regarding an attempted kidnapping of a teenage girl on Sunday morning to contact detectives or leave an anonymous tip.

She was suddenly grabbed by a male suspect who was standing alongside his parked vehicle.

The vehicle’s passenger side door was open. The suspect attempted to force the victim into the vehicle, and a struggle ensued.

The teenager managed to free herself and ran into a nearby restaurant for safety.

The suspect entered the vehicle and fled the location, driving southbound on 30th street at a high rate of speed.

The victim suffered minor injuries and was treated at a local hospital and then released.

The suspect is described as a male Hispanic, in his mid to late 30’s, 5’9”, stocky build, brown hair and “bushy” handlebar type mustache/goatee. The suspect was described as wearing a black t-shirt, dark blue jeans and black shoes.

The suspect vehicle is described as a mid-90’s minivan (possibly a Toyota Previa similar to photo above), faded bluish-green in color, with a sliding passenger side door and rear tinted windows. Two characters of the rear license plate were identified as “Z” and “6”.

You will remain completely anonymous and may be eligible for a reward, up to

$1,000, if your information leads to an arrest and conviction. Tipsters can also contact Crime Stoppers by either calling 800.222.TIPS, texting from your mobile, or by visiting their website at www.lacrimestoppers.org.

Callers may remain anonymous and may be qualified to receive a $1,000 reward by Crime Stoppers.