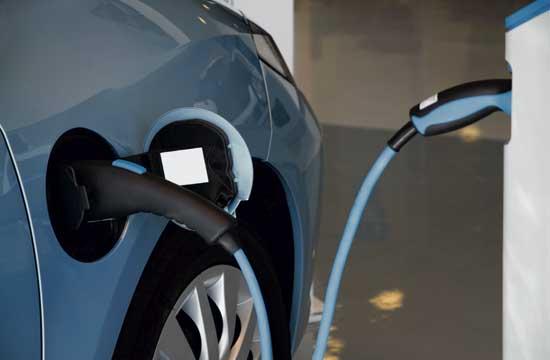 Electric vehicles are making a symbolic U-turn back to the Third Street Promenade in Santa Monica. Just weeks after the proposal of electric vehicle showrooms was shown the exit route out of the city by a divided Planning Commission, its technical denial was appealed and overturned by the City Council on Tuesday night.

This means the electric vehicles will indeed have the opportunity to be displayed on the Promenade.

Tuesday’s council vote overturned a 3-3 split decision by the Planning Commission recorded on Oct. 19, a tally that, at least temporarily at the time, put an end to the talks of having an all-electric vehicle showroom occupy a unit on the popular thoroughfare.

Afterwards, the council considered an ordinance that would authorize the display and sales of electric vehicles on the Promenade.

Council members voted 4-1 on both items, upholding the appeal and enacting the ordinance; Council member Kevin McKeown was the sole ‘no’ vote in both instances.

The technical specifications of the automotive displays along the thoroughfare limit dealers to just 3,750 square feet of space. Further, no more than four electric vehicle dealerships may be operating on the Promenade at once, with each sales and display center allowed to hold just five automobiles on site.

Also, service centers are not permitted at any of the dealerships.

The ordinance would allow for additional vehicles if provided for on- or off-site test drives.

“I don’t think there is anything wrong with allowing this kind of use,” Holbrook said. “If it fails, what difference does it make? One day, the cars just won’t be there any longer.”

Holbrook said Tesla was the only manufacturer who had expressed interest in maintaining a showroom on the Promenade, potentially at the north end of the thoroughfare near Wilshire Boulevard.

“We have again and again taken measures as a council to try to assure we got as many local resident-serving businesses on to the Promenade,” McKeown said, adding he was not opposed to electric vehicles, but instead did not believe they belonged on the thoroughfare in a commercial capacity. “We’ve tried to keep the Promenade local.”

“I just think it’s the wrong thing to do,” McKeown said, adding the Promenade should maintain its pedestrian feel and limit big “flagship installations” from making their presence felt there.

Mayor Pro Tem Gleam Davis said the Promenade would soon have a flagship installation in the form of an additional Apple Store.

She also said the Promenade may have greater appeal to a company like Tesla than a strip mall on Sepulveda Boulevard.

Tesla Motors has showrooms at shopping districts in Lone Tree and San Jose, while CODA automotive operates a facility at the Westfield Century City Shopping Plaza.

On Aug. 9, council members directed staff to draft a resolution supporting alternative fuel vehicle showrooms in the northernmost-zoned section of the Promenade. The issue had ping-ponged back and forth through the public process before reaching a dead end at Planning Commission on Oct. 19.

Three of the six Planning Commissioners did not believe an all-electric vehicle showroom would have positively benefit Santa Monica’s residents.