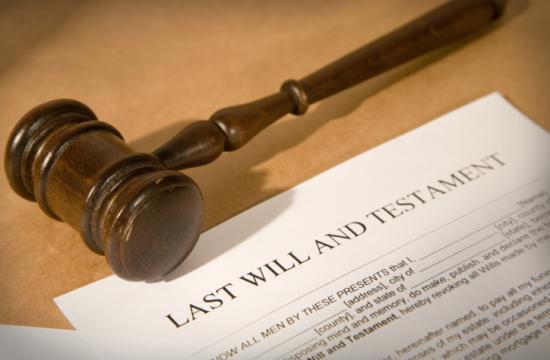 Much that happens in our lives is unpredictable, but the proper planning of your estate affairs will often eliminate a lot of unnecessary problems.

Because one life usually touches another, how you plan for unforeseen problems can affect not only you, but those who depend upon you for emotional, physical, or financial support.

The following examples of celebrity estate planning catastrophes are not meant to showcase the problems which occur to the rich and famous.

These problems are illustrative of the types of problems which can and do occur to the estates of working people in courtrooms throughout America.

People from all walks of life make the same mistakes as these celebrities, over and over again.

Remember, there aren’t enough of the rich and famous to keep California probate courts as overwhelmed as they are!

Recently, Amy Winehouse passed away at the age of 27. Many people worried that her fortune (which has been valued at differing amounts, from $15-30 million), might mistakenly pass to her ex-husband, who is currently in prison for burglary.

“The Daily Mail,” a British newspaper reported in August 2011 that Winehouse did in fact update her will after her 2009 divorce to make sure that her family would inherit her fortune.

It is important to remember that your will or trust should change to suit your current life’s circumstances. Don’t leave it in a closet and never look at it again.

Princess Diana naively prepared what she thought was a clear and simple declaration of her estate planning intentions. Her “letter of wishes” was meant to leave personal effects to her godchildren. What she should have done, was to properly specify her wishes in a will or trust.

Princess Di’s personal secretary challenged the executors of her estate to explain why they had ignored Diana’s instructions to leave her godchildren a quarter of her possessions.

The “letter of wishes” prepared by the princess in 1993, was overturned by a court order at the request of her two executors: her sister and her mother.

The decision was legal, since the princess’ letter was unenforceable, but many of the godchildren’s parents were vocal in regarding it as an outrageous betrayal of Diana’s wishes.

Her secretary, who had been an executor of her estate until his acrimonious departure in 1996, said he was familiar with her intentions and would not have hesitated to carry out the terms in her letter.

Princess Diana obviously should have prepared a trust and named the persons to act as trustees whom she felt confident would carry out her wishes.

Following the 1995 death of this musical icon, lawsuits started flying all over the place. It seemed that the very general nature of Garcia’s will was in part responsible. One lawsuit was brought on behalf of his daughter, another by his ex-wife, and yet another was brought by his widow.

The ex-wife sought and was successful in reinstating her divorce settlement.

Jerry’s then 19-year-old daughter sued his widow for not properly distributing money from the estate so that the daughter might be properly taken care of. She settled for a lump sum from the estate.

His widow sued to obtain the so-called “Garcia Tapes,” which include his unreleased recordings. The case was finally resolved after arbitration between the opposing parties.

Any estate plan should take into consideration the circumstances of your life and explicit instructions should be included to prepare for the issues which may arise.

Wang became one of the world’s 200 richest people by founding a plastics company. He died Oct. 15, 2008 in New Jersey at the age of 91. Wang Yung-ching was born poor in Taiwan. From those humble beginnings, he amassed a fortune worth what was believed to be $14 billion.

He didn’t have a will. Wang left behind a widow and at least nine children. But none of the nine children are born of his widow. Instead, Wang had long-term relationships with other women that produced these and possibly more children.

So who will ultimately win control the $14 billion estate? Who will inherit? Could the recognized widow get it all or will she have to share it with two or three other women? And which of the children will be valid heirs, and what will they get? Who knows? Wang never made it clear how and who of his loved ones he wished to have taken care of.

Whenever estate planning documents are prepared, it must be clearly stated what the effect of the most recent document should have on earlier documents.

Famed actor Mickey Rooney says he has been a victim of elder abuse at the hands of his stepson. In a recent court filing, Mickey alleges that the stepson had taken control of his finances and the receipt of his mail and even forced him to do entertainment performances which he did not want to do.

Rooney complained that the stepson and his wife drained almost $400,000 from his bank accounts and refused to give him any of his identification cards.

The court ordered the return of the identification documents and appointed an independent attorney to serve as a temporary conservator to protect Rooney, pending a full evidential hearing.

While you’re able, it’s important to designate the person or persons who will act on your behalf when you’re unable to act for yourself.

Heath Ledger never updated his will. Two years before his little girl was born, the “Dark Knight” star prepared a will leaving his estate to his parents and sisters. His daughter born after the will’s preparation and therefore not named in the will, initially caused his family to engage in sniping through the media. Heath Ledger’s family ultimately decided to allow the entire estate to go to the late actor’s daughter, Matilda Rose.

Wills and trusts should have language which includes the rights or lack thereof for future children.

William K. Hayes is a member of the prestigious American Academy of Estate Planning Attorneys. The Hayes Law Firm specializes in Trusts, Probate, and Asset Protection Planning. Please call to request a free seminar for your business or organization. You may contact attorney Hayes at 626.403.2292 or visit The Hayes Law Firm website at LosAngelesTrustLaw.com.