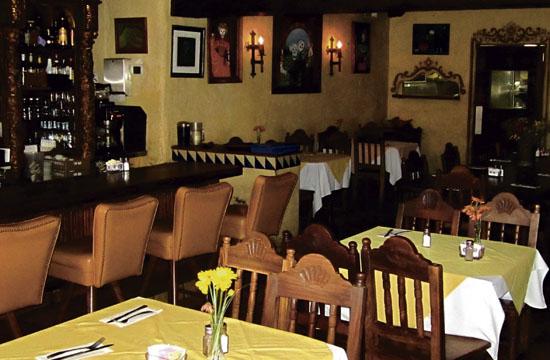 Every day at 8 a.m., the Lares family opens the doors to its restaurant in the Pico neighborhood, like it has for 43 years. On this morning, the day after Thanksgiving, the room is cozy with bright sunlight and gentle sounds of folks fortifying themselves with post-turkey sustenance – a family of five digging into their omelets and burrito platters, people dining solo on plates of huevos, a trio of friends meeting up over morning margaritas at the bar.

Before it became Lares Restaurant, this space on Pico Boulevard near 30th Street was called Irene’s Cafe, a modest coffee shop about a quarter of the restaurant’s current size. Jesse Lares had been working as a cook at Rae’s diner down the street and bought the coffee shop in 1967 with his sister, Aurora. The siblings had worked in restaurants, but it was their first time running their own business. The upstairs space was where they lived.

“It was a little hole in the wall, with four little card tables and metal chairs,” said Robert Parra, who considers himself one of Lares’ first customers. Parra now lives in New Mexico and on a recent return visit was happy to see Señor Parra’s Special ($12.95) still on the breakfast menu.

“I asked Jesse to make this dish,” Parra said. “It’s scrambled eggs with onions, bell peppers, and steak diced, but not completely cut through, so it stays together. It has grilled onions on top. It’s a great dish.”

Since those early days, Lares has expanded and evolved into a two-story Mexican restaurant with two full bars, live entertainment, and a loyal following.

In 1970 the woman who would become Jesse’s wife, Rosa Maria, came to the restaurant looking for a job and started working as a waitress. Now, she is the creative soul behind the rustic decor and the paintings that adorn the room. Jesse is on the premises daily overseeing operations, and their children manage the floor.

“The success of Lares is due in large part to our family,” said daughter and manager Martha Lares-Huerta.

Signature dishes include the Macuca ($8.25), a breakfast dish made from Jesse’s mother’s recipe.

“I’ve tried everything on the menu but I always end up with the Macuca,” said Martin Waldman of Malibu, a longtime customer. “It’s kind of a stew, if you will, with eggs, bacon, and potatoes. It’s delicious – you won’t find it anywhere else.”

The carnitas are juicy and flavorful, with plenty of tender and crispy parts in the meat. You can get carnitas in tacos, enchiladas, and burritos, with chile verde or chile colorado. They also come as a carnitas plate ($12.95) served with slices of tomato and avocado, raw onion, cilantro sprigs, a lemon wedge, and tortillas. A bowl of fideo noodles in a tasty chicken and tomato broth ($5.50 – $7.95) is comforting.

“People talk about our Fideo Soup,” said Lares-Huerta. “They say, ‘it tastes just like my mom makes it.’”

At night a duo of guitarists plays bolero music, and Lares keeps the margaritas and menu going until 1 a.m.