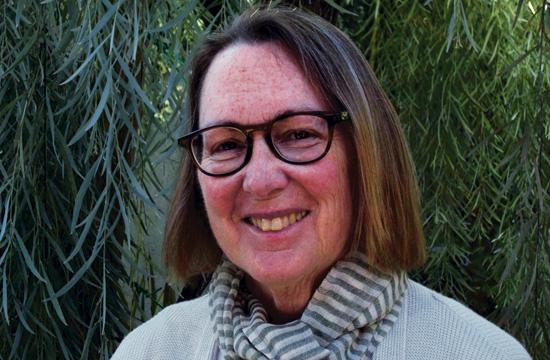 “I came to Santa Monica at a time of high activism in the City. There were many ideas being discussed and many people interested in the things I was interested in: child-care advocacy, youth services, and working with non-profits. It seemed a good fit,” said Barbara Stinchfield, who retired on Thursday from her long-term position as Director of Community and Cultural Services for the City of Santa Monica.

Looking back on her work, Stinchfield spoke about how she came to work in Santa Monica.

“I was living in Oregon and right out of graduate school, with a master’s degree in counseling, I worked on youth advocacy programs. I worked on the founding of a shelter for runaway teenagers and the development of public alternative schools,” she said.

“When I came to Los Angeles I realized there wasn’t really a similar niche so I decided to get my MBA and that led to the job with Santa Monica. Now that I’m retiring people keep talking about my legacy and it’s hard for me to get perspective on that idea. What I am most proud of is that we have a strong department team and I know that when I leave there will be a smooth transition.”

She began in the Community and Neighborhood Services Division and was quickly promoted to manager. It was a small division that was funded by federal grants.

Soon after, the Council made a policy decision to fund non-profits doing work that furthered policy goals of promoting affordable housing construction, park improvements, and the growing neighborhood associations in the City. Monies from the General Fund were added to the federal grant monies.

“We helped OPCC (Ocean Park Community Center) fund a shelter for runaway youth and the Clare Foundation to fund a house for shelter and programs,” Stinchfield said. “We also added a focus on human service planning activities and stewarded the writing of the Child Care Master Plan and the Youth Action Plan, working in coordination with the community.

“What started as a small division with a budget of about $600,000 grew to what it is today, $7 million coming from grants and general funds.”

In the early 1990s she was given the job as assistant director of Community and Cultural Services, a new department. The old division was disbanded and neighborhood services became the human services division of the new department.

Under Stinchfield’s leadership, the Department developed the Open Space Element of the General Plan and the long range Parks and Recreation Master Plan.

In the late 1990s then City Manager, John Jalili, appointed Stinchfield as Community and Cultural Services Director. Stinchfield said her mission was to build a cohesive team with the common goal of serving Santa Monica.

It was a time of a major building boom in capital projects.

It’s an impressive list: the Swim Center at Santa Monica College; the renovation of Douglas Park; the new children’s playground at Reed Park; the building of Airport Park and Euclid Park; the expansion of Virginia Avenue Park with a focus on a comprehensive center for the neighborhood and especially neighborhood youth; building the new promenade, bike path, parks and restrooms at the beach; the renovation of the northern part of Palisades Park; and the restoration of Miles Playhouse.

“It hasn’t always been a bed of roses,” Stinchfield said. “For instance we thought people would be delighted to have a new park on Euclid. But they weren’t. We put up a tent in the parking lot to have a meeting with the neighbors, we listened to them and added community gardens and made it primarily for children. People felt heard.

“I’m known for my frankness. It’s gotten me into some interesting dilemmas. People appreciate it, but they sometimes wonder how I can be so frank. It’s just an Oregonian trait. It’s something I’m known for with a chuckle. It surprised some people, but ultimately people knew where I stood and that I would not go back on my word.”

She said the biggest example was the Beach House.

“It’s well known that neighbors were concerned and there were many, many meetings and much hammering out of parameters,” she said. “Out of that came the settlement agreement we now live with and the neighbors are happy.

“In Santa Monica, we believe in major community participation. My daughter, Annie, came to community meetings with me and was often the first to raise her hand. Imagine my surprise when she told me she wanted to have a meeting at her nursery school about creating a quiet place. But we had that meeting and today there is the Ellen Stinchfield quiet room at the Growing Place, named in honor of Annie’s grandmother.

“One indication of how I work is that I just have easy chairs and a coffee table in my office. I did that on purpose. I want people to feel free to come in and plop down and work things out together. I want to listen, understand, and find solutions.

“People like to work with authentic, honest and fair people and that’s what I’ve I tried to be. You can have technical skills, but if you don’t speak the truth when the truth needs to be spoken you’re not leaving a legacy.”