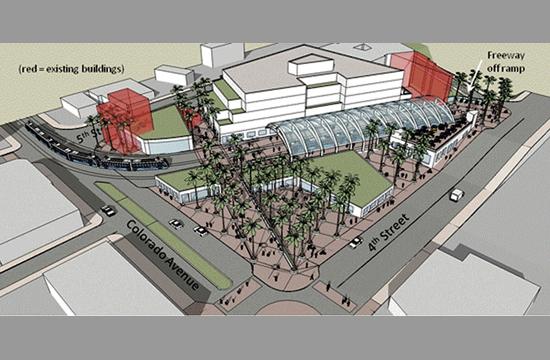 There are no tunnels along the planned route of the Expo Light Rail Line through Santa Monica, though if there were one, the light at the end would be in full view as the City Council recently approved almost $10 million in funding betterments at the city’s three planned stations.

The betterments are part of agreement City Hall has with the Expo Construction Authority to help share the costs of building what is expected to be the busiest rail line in the Los Angeles metropolitan area.

Specifically, a slightly short-handed council at its Dec. 13 meeting unanimously approved about $9.5 million to eventually be allocated to improvements for each of the three Santa Monica stations. The Expo Construction Authority, which is a county-level entity, merely provides generically designed stations, but it is up to the city-level government to chip in some funds to “pretty-up” each stop.

Almost two-thirds of the betterment funding is expected to be poured into the station at the Bergamot location, which will be the first impression of Santa Monica for those passengers entering the city on the line from Culver City.

Nearly $6.7 million will be invested into this station, with the money being used to construct two platforms instead of only one as called for in the Expo Construction Authority’s original plans. City Hall also hopes to incorporate the Bergamot Station Arts Center into the new train station.

Of the remaining funding, as much as $2.4 million could be earmarked for the city’s second station at Memorial Park/Seventeenth Street. There, City Hall expects to upgrade current plans to add a second entrance to the station’s center platform. Other improvements include pedestrian crossings and bicycle facilities.

The balance of the funding – about $450,000 – is expected to be allocated to improving the alignment of the terminus station at the Colorado and Fourth St.

The Expo line is projected to be one of the busiest light rail lines in the country, with estimated 64,000 daily boardings, according to the staff report.